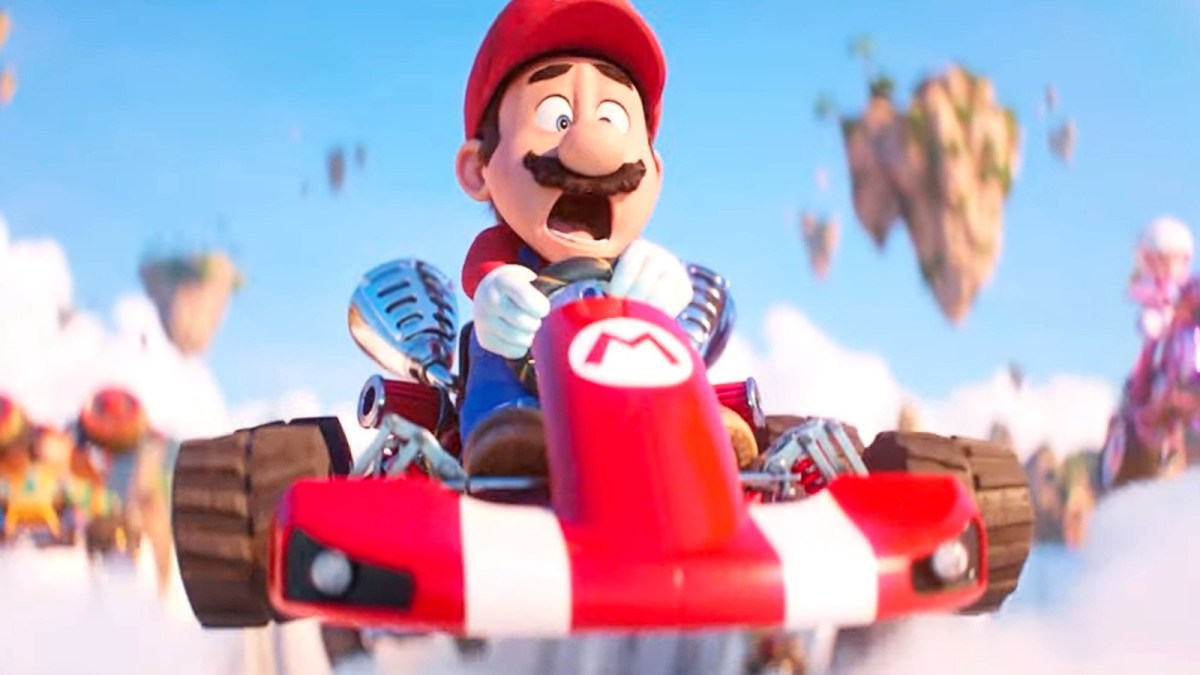 Image via Nintendo of America/YouTube.

Now that the second trailer has dropped for The Super Mario Bros. Movie, fans just can’t get enough of an eye-popping Mario Kart race and the debut of Anya Taylor-Joy’s Princess Peach and Seth Rogen’s Donkey Kong, among other highlights.

An initial first look at Peach’s appearance was revealed with the leaked release of a few promotional images for the film on Monday. A red-clad woman in the background of one of the images showing off the Mario bros’ Brooklyn-based plumbing business van also had fans convinced the previously unannounced Pauline would be a character in the movie.

But this latest trailer represents the first time we’ve actually seen the Pink-clad Peach, heiress of the Mushroom Kingdom, in action, with full motion and voice. Unsurprisingly, fans rolled out the red carpet for the iconic videogame character, who looks like she’ll be kicking butt rather than being a typical damsel in distress this time around. Fans also adored the cinematic debut of the iconic Rainbow Road, and not to mention the particularly goof-looking Donkey Kong making an appearance in a battle against Chris Pratt’s Mario at one point.

One commentator predicted the film would break some impossible box office records.

Though the movie doesn’t come out until April of next year, that is proving just too long of a wait for one fan.

The inner child of one commentator was clearly woken up.

During a breakdown by Mario creator Shigeru Miyamoto, he presented the goofier redesign of Donkey Kong at one point, to hilarious effect.

The presence of Rainbow Road from the game series Mario Kart was enough to secure one fan’s ticket.

The miniature racing cars helmed by our favorite videogame mascots made the trailer a clear winner, according to several Twitter users.

Peach taking a heroic turn in the film was also enough for one fan to get excited.

Other fans could hardly contain their excitement.

The Super Mario Bros. Movie, a co-production of Illumination and Nintendo, comes to theaters on April 7, 2023.