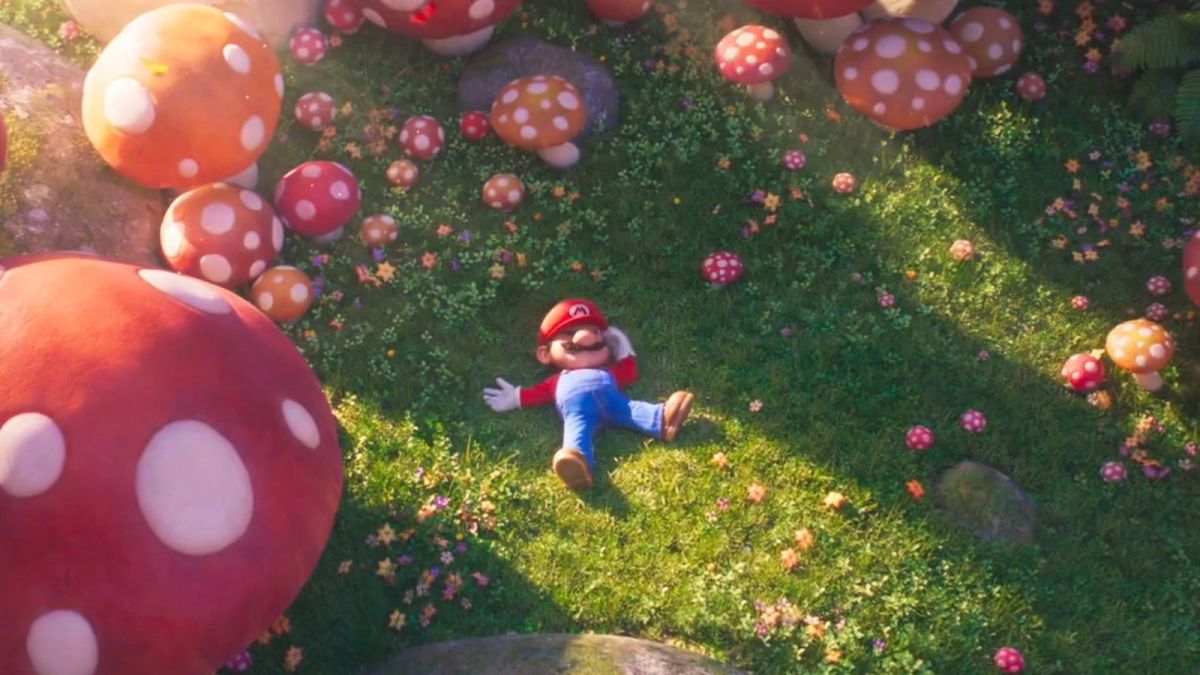 Rejoice Nintendo fans, there’s a lot of new Super Mario Bros. Movie material on the way. In addition to the announcement from Nintendo about a new trailer, some leaked screenshots allegedly from the movie seem to feature someone we didn’t even know was in it.

There are a number of leaked screenshots, but the one in question features the Mario Bros. (yes his name is Mario Mario) standing with their arms crossed holding plumbing tools, in front of a van with their name on it and a stylized Mario with a plunger.

If you look on the right of the picture in the background there’s someone who looks a lot like Pauline, from both Donkey Kong and Super Mario Odyssey. Pauline being in the movie would make total sense as there are both Donkey and Cranky Kong in the film.

And here’s Pauline from the Odyssey.

In the game, Pauline is the mayor of New Donk City and she only wears red. She’s also a really good singer. While it’s not confirmed, this one is looking like a pretty good guess. Intrepid viewers also noticed a dog that looks suspiciously like a dog from a Pixar movie.

Seeing as Pixar and the movie studio Illumination are competitors, I’m going to go out on a limb and say that’s probably not the dog from Up. Someone else pointed out the font on the truck as legitimate to the game as well.

Whatever it is, we’ll have more information tomorrow after the new trailer drops. The Super Mario Bros. Movie is scheduled for release on April 7, 2023.