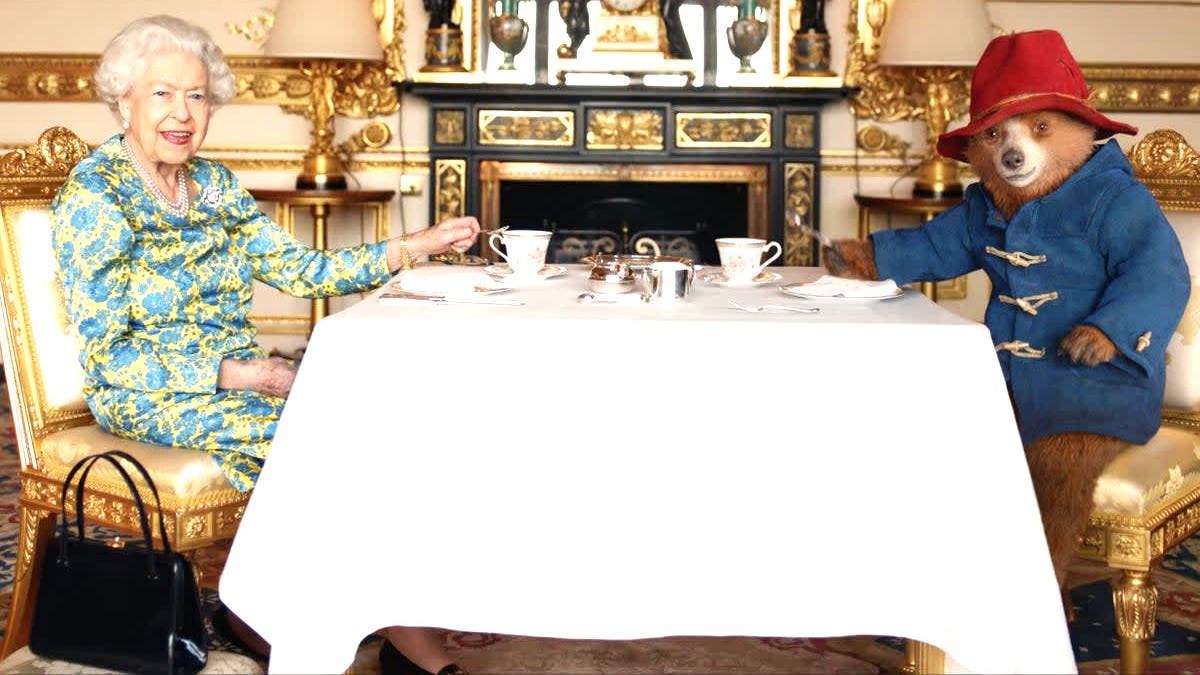 Everyone’s favorite marmalade-obsessed anthropomorphized bear has been generating plenty of unexpected publicity this year, which happened to coincide with the hotly-anticipated Paddington 3 gearing up to enter production at long last.

Nicolas Cage and Pedro Pascal bonded over the heartwarming second chapter in The Unbearable Weight of Massive Talent, with the former admitting that while he hadn’t seen it prior to shooting, he was instantly converted. To cap things off, Ben Whishaw’s Peruvian native has gone one better by sharing the screen with none other than Queen Elizabeth II.

To celebrate the reigning monarch’s Golden Jubilee, the unlikely duo partnered up for a short film that saw them banter over a shared love of marmalade sandwiches, before they played the opening bars of Queen’s “We Will Rock You” by tinkling spoons against teacups. It sounds nuts, but we can assure you this is a thing that happened.

Naturally, because the internet has a penchant for drawing the most unlikely and bizarre conclusions from almost anything, fans are calling for the third longest-reigning ruler in recorded history (who moves up to second next week) to play the villain in Paddington 3.

A whimsical family-friendly adventure doesn’t sound like the sort of project that comes bearing the burden of massive pressure, but Paddington and its sequel scored 97 and 99 percent ratings on Rotten Tomatoes, and combined to earn over half a billion dollars at the box office, so a big-name villain like the Queen would certainly be one way to putt butts in seats.