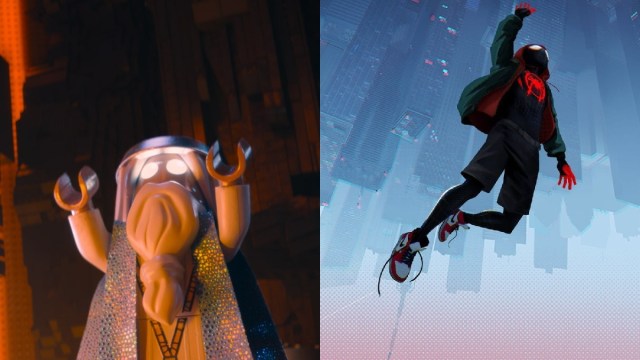 When it comes to the film business, expectations can be both a blessing and a curse. While there’s definitely a middle ground, plenty of projects can find audiences going in with setting their hopes too high and getting burned, or heading in with the bar set low and finding themselves pleasantly surprised.

It’s the latter camp that’s been stirring up the conversation on Reddit, with film fans and cinephiles weighing in to celebrate the unexpected, unsung, underrated, and oft-overlooked releases that turned out way better than they had any right to be, for a variety of reasons.

Whether it was a generic marketing campaign, an uninspiring premise, a needless reboot or remake, or simply something that arrived with virtually no fanfare whatsoever, it’s fascinating to see what’s being held up as a shockingly solid slice of cinema.

Based on Sony’s track record, nobody was expecting Spider-Man: Into the Spider-Verse to go down as not just one of the best animated flicks of the modern era, but one of the best superhero blockbusters ever made. Gerard Butler’s disaster thriller Greenland gets some love, too, which it deserves given that it brought so much more to the table than anyone was expecting from the grizzled Scotsman’s latest foray into B-tier genre territory.

The LEGO Movie ticked a lot of the same boxes as Into the Spider-Verse by winning widespread acclaim and turning a cynical premise into a heartwarming favorite, and the same goes for the fantastic Chip ‘n’ Dale: Rescue Rangers. Not everyone is obliged to agree, but it’s difficult to argue with the majority of top contenders.