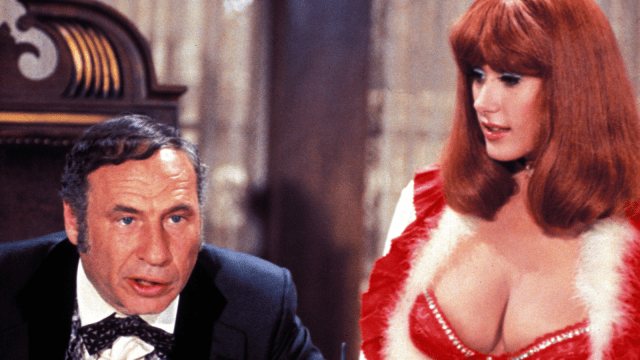 Pop punk band SR-71 once sang that you “couldn’t make a Mel Brooks movie today, because I just saw Blazing Saddles yesterday”, and film buffs are now discussing their celluloid favorites that could never get made in this here 2022.

In a golden age of content, where there are so many more voices able to speak out and produce art, it’s not a surprise that, as a medium, film has advanced and decided some things just cannot be done anymore. Blackface is long gone in mainstream cinema, and we’re still closing in on Scarlett Johansson playing Asian roles like in Ghost in the Shell, but that’s just one issue.

Film aficionados are talking about classics of cinema that absolutely, without a doubt, could not be made today. Think Blazing Saddles, American Pie, and Police Academy.

Comedy is the quickest thing to age, and it’s pretty astonishing to look back even 5 months ago on what the internet found hilarious. Cinema has that sevenfold, with so many comedies in particular just not capable of being made the same way, for better or worse. One commenter believes the absolute masterpiece that is Airplane! couldn’t be done today.

Arguable in the extreme, Airplane! is still considered one of the greatest comedy films of all time, and has been preserved in the National Film Registry by the US Library of Congress. Surely you can’t be serious?

A double-fire suggestion comes next, with Edward Norton’s seminal American History X and the already controversial comedy flick Tropic Thunder. One of these is not like the other.

Robert Downey Jr. doing blackface in Tropic Thunder is part of the joke of the film, mocking celebrities who go overboard with method acting (we see you, Jared Leto). It’s poking fun at Hollywood, but there surely was a better way to do it. American History X is a very tough watch at times, and that’s intrinsic to its effectiveness with audiences. Perhaps commenters have confused confronting ideas with retroactive poor taste.

The most stellar insight came later in the thread, with someone aptly looking at this issue by saying that being able to criticize media you enjoy, and being able to retroactively call out problematic elements isn’t “canceling” – that’s just cinema and art criticism.

However, if we’re talking about movies that never should’ve been made nowadays, may we suggest Jared Leto’s hit film Morbius?