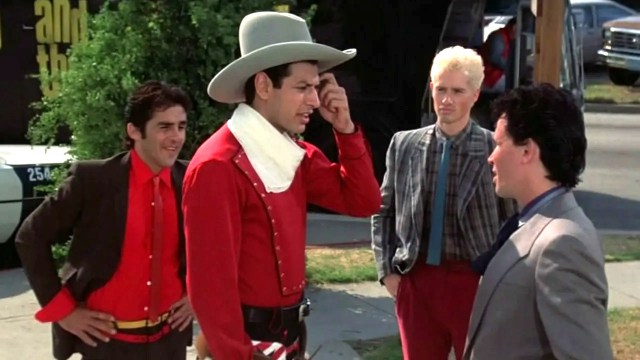 It’s impossible for any filmmaker to set out with the intention of making a cult classic, but if you were to hypothetically precision engineer one from the ground up, there’s a distinct chance it might turn out something like the beloved 1984 favorite The Adventures of Buckaroo Banzai Across the 8th Dimension.

W.D. Richter’s bonkers sci-fi adventure flopped hard at the box office after recouping a little over $6 million of its $17 million budget from theaters, and reviews at the time were wildly polarizing to say the least. However, in time, Buckaroo Banzai amassed a staunch and loyal following, one that only continues to grow almost 40 years later.

It’s a travesty that a sequel never happened, but its legacy lives on through novelizations, comic books, video games, references across the pop culture sphere, and the innate ability to charm anyone lucky enough to watch it for the first time. It’s come completely out of the blue, but Redditors are thrilled that today has been chosen as the day to have a Buckaroo Banzai love-in.

How can you not appreciate an off-the-wall, offbeat, and off-kilter slice of ridiculous genre escapism that boasts a cast packed to the rafters with talent including Peter Weller, Christopher Lloyd, Jeff Goldblum, John Lithgow, Jamie Lee Curtis, Ellen Barkin, Clancy Brown, Johnathan Banks, and plenty others?

The Adventures of Buckaroo Banzai Across the 8th Dimension is a one-of-a-kind experience, one that continues to prove immensely popular among audiences of multiple generations, making it the living, breathing, embodiment of a cult classic.