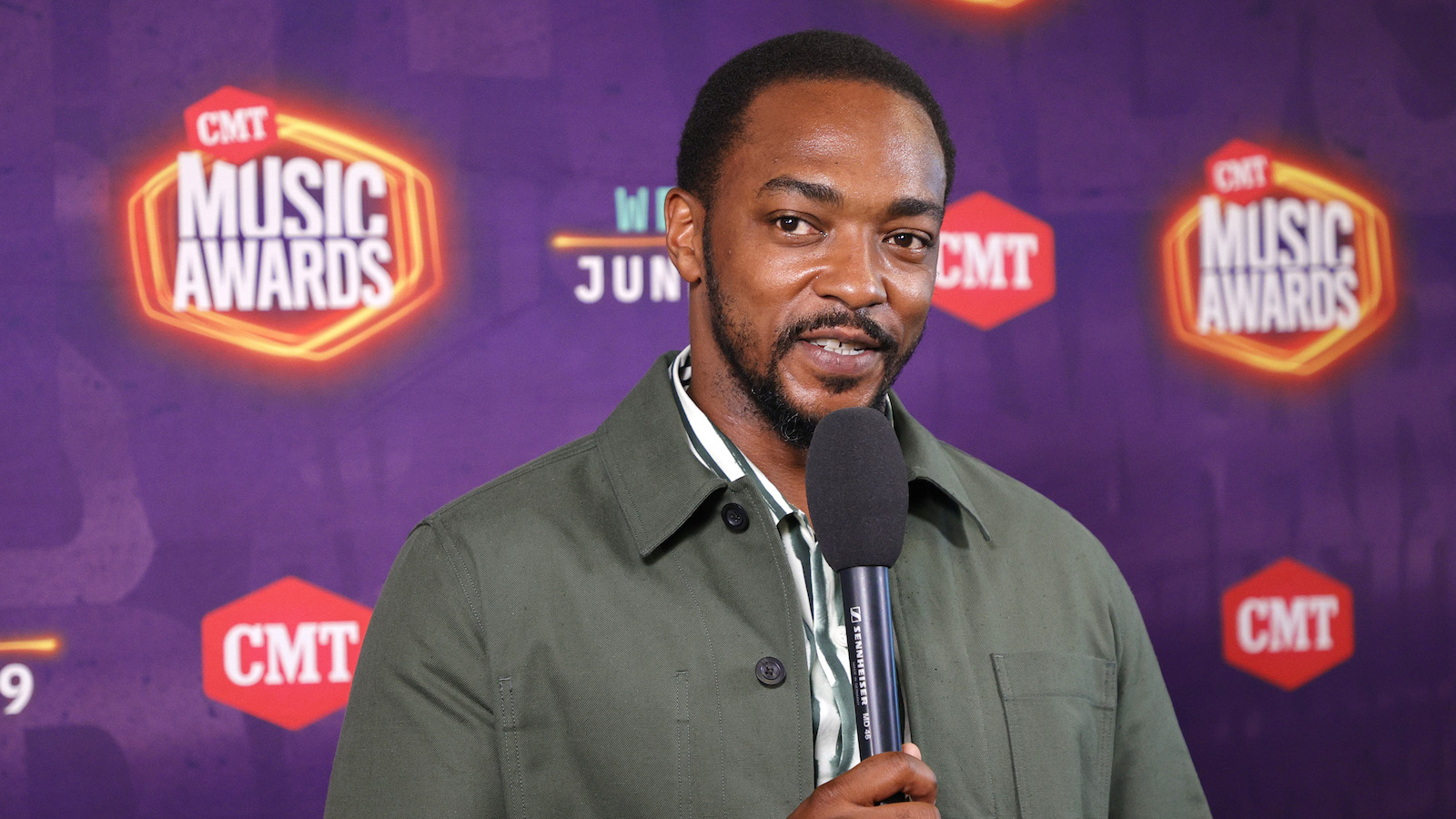 Anthony Mackie has traded in his wings from The Falcon and the Winter Soldier for a camera phone in the upcoming horror comedy We Have a Ghost. Netflix announced via Twitter in July 2021 that it was beginning filming, and now we finally have our official first look.

In the photo posted by Discussing Film, Mackie is in a dark room looking concerned and holding up his phone with both of his hands.

We Have a Ghost is about a homeowner named Frank who discovers his new home is haunted by a ghost, who he calls Ernest because of his likeness to legendary actor Ernest Borgnine. Already, it sounds hilarious. Frank records the ghost and posts it online for the world to see, and Ernest blows up on social media. He then invites his teenage son Kevin to be a part of a series of dinners held in the house to profit off of the ghost’s fame. Things take a turn for the worst, however, when Ernest and Kevin go missing and become targets of the CIA.

Although Mackie is known for his action and sci-fi work, his comedy chops are far from lacking. He’s starred in The Night Before with resident funny-man Seth Rogen and Joseph Gordon-Levitt about old friends who come together on Christmas Eve to celebrate. As their lives change, they decide to make it as memorable as possible. The actor has also been known to joke around in interviews alongside Bucky Barnes / Winter Soldier actor Sebastian Stan, and their ongoing, playful beef with Spider-Man: No Way Home’s Tom Holland is a running gag amongst fans.

Mackie’s Netflix movie isn’t light on notable actors either. David Harbour, who plays Jim Hopper in Netflix’s popular Stranger Things, will be in it, and he’s quite accustomed to the supernatural world. Other actors include the always funny Jennifer Coolidge, Tig Notaro from Netflix’s Army of the Dead, Faith Ford, Niles Fitch from Netflix’s Atypical, Erica Rash, Steve Coulter, and Isabella Russo.

Directed by Christopher Landon, We Have a Ghost doesn’t have a release date yet, but it’s expected to come to Netflix mid-to-late 2022.