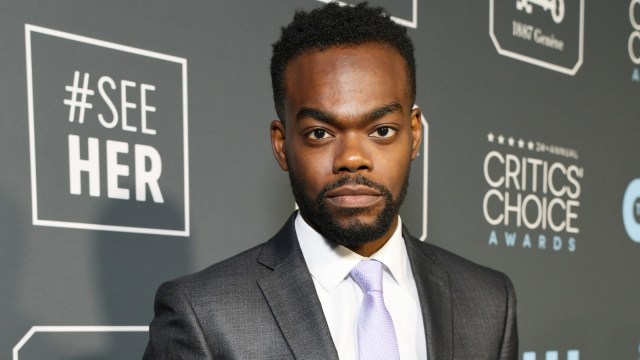 Photo by Emma McIntyre/Getty Images for The Critics' Choice Awards

As Marvel Studios gets ready to pass the baton from Phase Four to Phase Five, we seem to be getting more and more answers to the nuances surrounding the highly anticipated Ant-Man and the Wasp: Quantumania. The caveat, of course, is that these answers are often accompanied with an equal or greater number of new mysteries, often putting us right back at square one with every passing piece of news about the film.

And no type of news is more notorious for this than the reveal of some brand new talent signing on for a project, and that’s exactly the news we got yesterday when William Jackson Harper (The Good Place, Midsommar) was confirmed to be appearing in Quantumania.

Harper’s role remains undisclosed, and will likely remain that way until the film makes its way to theaters next year. However, like dire wolves to an undisclosed bison, Twitter started coming in hard and fast with their predictions for Harper’s secret Quantumania role.

With the Reed Richards fancast dreams seeming to have come and gone, some users have turned their attention to other rumors, with the most prominent one being an unnamed rebellion leader operating against Kang from within the Quantum Realm.

Another user went a step further, adding the rumor of Harper’s character having psychic powers into the mix. If true, this could very well open the door for the X-Men, perhaps in the form of Quentin Quire. Otherwise, maybe the ties to Harper’s Fantastic Four fancasting will be honored in the form of Maximus the Mad.

Others have pitched names such as Iron Lad, a younger version of Kang himself.

In the all the commotion, however, it seems that some have forgotten that MODOK has long since been confirmed to be appearing in Quantumania; should this turn out to be Harper’s secret role, we will stand at the ready for the inevitable breakdown that the internet will have over the news.