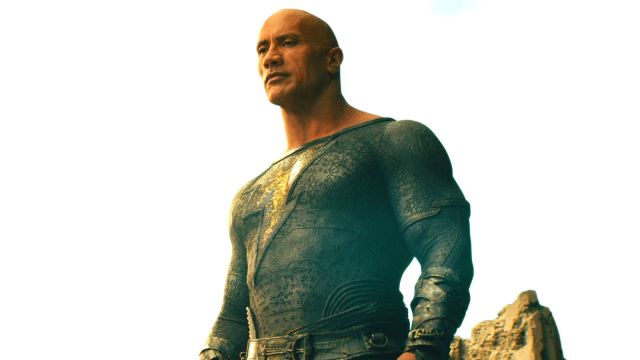 Dwayne Johnson has been hyping up his grand introduction into the DCEU for what feels like eons, but now that Black Adam is finally here, it turns out that The Rock’s eponymous anti-hero actually isn’t what fans are loving most about the movie. Yes, sorry, Dwayne, but it looks like the internet has collectively decided that another character has stolen your thunder. And maybe it was always fated to be that way.

That’s right, “Doctor Fate” is trending on Twitter in the wake of Black Adam releasing in theaters this Friday as everyone gushes over how much of an impact Pierce Brosnan made in the film as the aforementioned golden-helmeted do-gooder. Doctor Fate aka Kent Nelson plays a key supporting role in the story as a member of the quartet of Justice Society of America heroes who travel to Kahndaq to take down Teth-Adam once he escapes his tomb after 5,000 years in the ground.

Literally everyone who’s seen the film:

I guess it’s hard not to steal the scene when you’re dressed like that.

Brosnan hasn’t lost that screen presence since his Bond days.

Thank Fate that Brosnan has already chatted with The Powers That Be about potential further appearances as Dr. Nelson.

In the run-up to Black Adam coming out, much was made about how everyone expected a push-back against Doctor Fate, with Marvel fans maybe calling him a ripoff of Doctor Strange (despite Fate pre-dating Stephen Strange by two decades in the comics). But, actually, audiences appear to have embraced this other master of mysticism. It seems the more magic men the merrier.