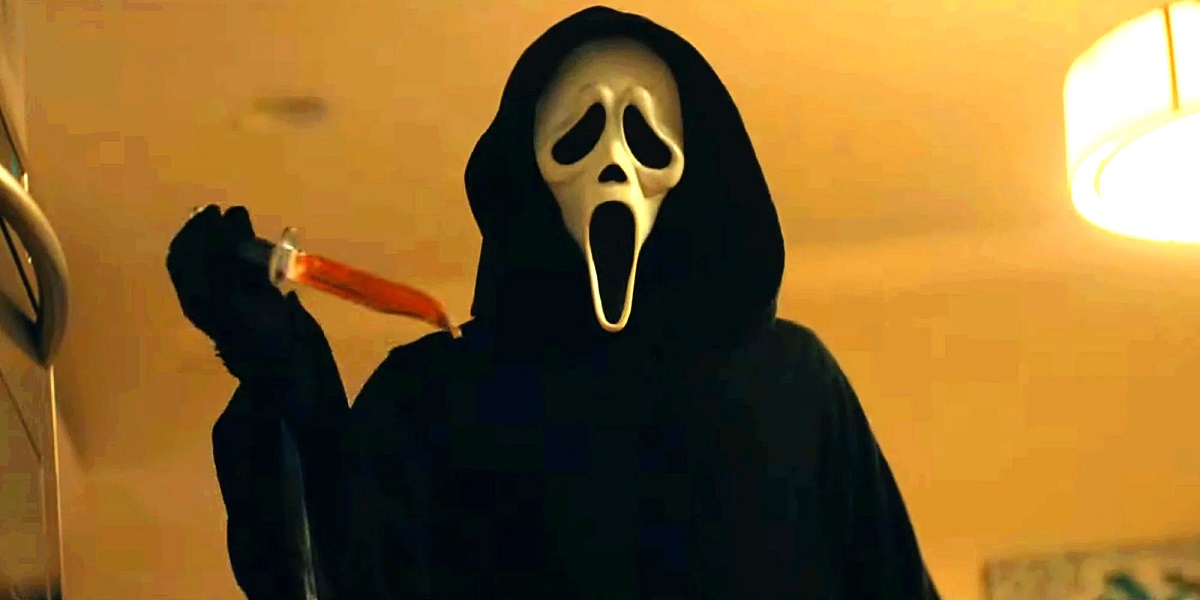 Come tomorrow, we can officially say that Scream is just one week away. The iconic horror franchise has been absent from the big screen for over a decade at this point, so the hype for the simplistically titled relaunch, which is actually the fifth film in the series, is real. 26 years on from his original appearance, the image of Ghostface is still enough to strike fear into the hearts of fans.

Case in point, this epic new promo image for Scream highlights the masked killer, posing as ever with a butcher’s knife in hand, ready to start slashing whichever unfortunate victim crosses his, her, or their way next. Yep, it wouldn’t be a Scream movie without a big central mystery over who it is hiding under that mask this time. Check out the photo, which was originally shared by Bloody Disgusting, below:

In fact, the marketing has been leaning hard on the identity of the latest stab-happy antagonist, with many of the posters and promos for the film focusing on the enigma over who the new Ghostface is. In a stroke of genius, they’ve even got us questioning whether it could actually be one of the franchise’s original stars, Neve Campbell, David Arquette, and Courteney Cox, all of whom are returning yet again as Sidney Prescott, Dewey Riley, and Gale Weathers, respectively.

The rest of the cast includes Jenna Ortega, Dylan Minnette, Jack Quaid, Mason Gooding, Jasmin Savoy Brown, Kyle Gallner, Sonia Ben Ammar, and Mikey Madison, and they’re all going to be either suspects or potential victims. Melissa Barrera, meanwhile, appears to be being pitched as the new final girl, but in this franchise, no one is off-limits, so there could be a surprise or two in store.

From Ready or Not directors Tyler Gillett and Matt Bettinelli-Olpin, who took over from the late, great Wes Craven, Scream opens in theaters on Friday, Jan. 14.