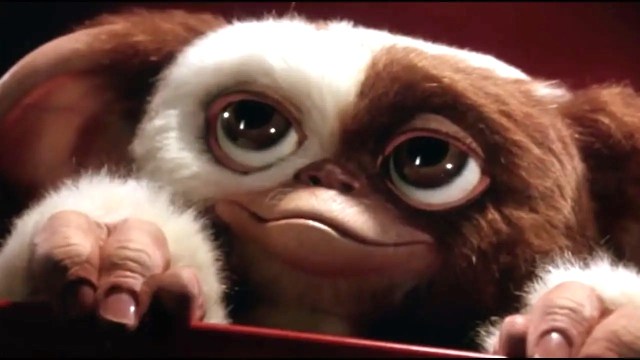 Dante, who directed Gremlins and Gremlins 2: The New Batch, told the San Francisco Chronicle that Baby Yoda is a direct ripoff of his franchise’s featured creature:

“I think the longevity of [the films] is really key to this one character [Gizmo], who is essentially like a baby. Which brings me, of course, to the subject of Baby Yoda, who is completely stolen and is just out-and-out copied. Shamelessly, I would think.”

Baby Yoda is the unofficial moniker for Grogu, an infant member of Yoda’s species who co-leads the Disney Plus Star Wars series The Mandalorian. Grogu is the second popular creature that Dante has accused of being a Gizmo ripoff. During a Reddit AMA from 2012, the Gremlins director recalled how he snitched on the popular ’90s toy Furby to Warner Bros.

“Believe it or not, I alerted Warners to the similarities between Gizmo and the Furby—and lo and behold, soon there was an actual Gizmo Furby!”

Although Gizmo and Gizmo Furby were similar enough for a successful lawsuit, fans are split on whether the same is true for Gizmo and Grogu:

You can determine for yourself whether Baby Yoda is a Gizmo ripoff by watching the former in The Mandalorian on Disney Plus before checking out the latter in Gremlins: Secrets of the Mogwai when it airs on Cartoon Network.