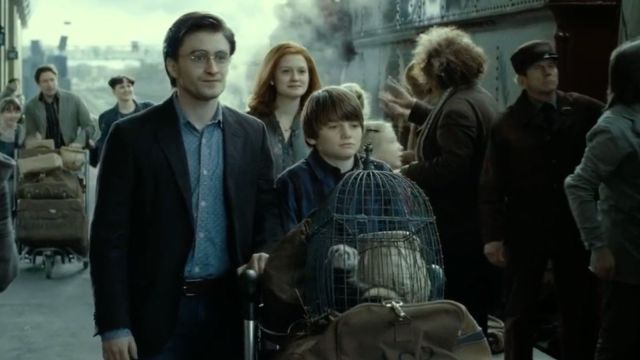 It was pretty clear that Harry named all three of his children at the end of the Harry Potter books instead of his wife. It somewhat makes sense since the books are about him and his legacy, however, fans think they might have found the real reason why Ginny never got to name any of her children.

The theory was proposed by Reddit user u/daniboyi on r/HarryPotter. They believe that the reason why Ginny never named her children is that she has no naming skills. An example is when she named Ron’s owl Pigwidgeon because it sounded ‘cute’. What a terrible name for an owl, but for some reason, the creature took a liking to it.

Some fans agreed with OP’s theory and shared other names that Ginny chose. One example was the name ‘Arnold’ for her pet Pygmy Puff. While that’s fine, it’s quite a boring name. However, fans theorized that it’s probably based on her brother but with the letters swapped around.

However, other fans believed that Ginny is good with names and ‘Pigwidgeon’ is a better name compared to what Harry chose. I mean, who names their kids after a guy who bullied them for years? After all, Pigwidgeon is a real word. According to the Merriam-Webster dictionary, it means “an insignificant or simple person”.

It was revealed at the end of Harry Potter and The Deathly Hallows that Harry and Ginny had three children. Their eldest is named after Harry’s father, James, and godfather, Sirius Black. Their second one is named after two Hogwarts headmasters, Albus Dumbledore and Severus Snape. And their third and last child is named after his mother, Lily, and friend, Luna Lovegood. Currently, it’s unknown whether or not Ginny played a role in naming their children, but at least she was supportive of the choices made.

But let’s be real, these two have an interesting way of choosing names for their pets and kids.