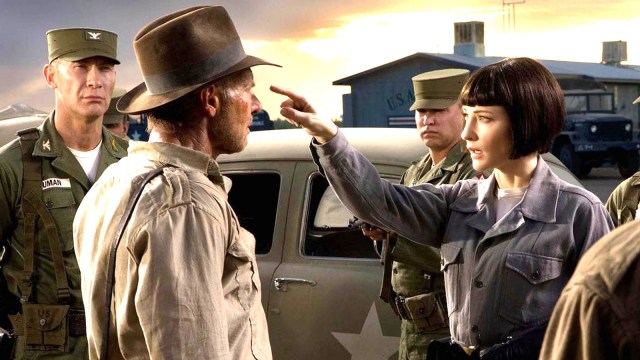 14 years is an eternity in the entertainment industry, and with the fifth and final outing for the iconic archeologist on the horizon, fans are debating whether or not enough time has passed for Indiana Jones and the Kingdom of the Crystal Skull to undergo a reevaluation.

The mere mention of Harrison Ford’s fourth time cracking the whip is guaranteed to generate a reaction of some sort, even though there’s no guarantee as to whether it’ll be of the positive or negative variety. Steven Spielberg’s action-packed romp may have landed a Certified Fresh score of 78 percent on Rotten Tomatoes, but old and new fans of the franchise alike have never been quite as keen.

In fact, there’s a huge volume of diehard Indy enthusiasts who hate Crystal Skull with a burning and intense passion, citing everything from the terrible CGI and undercooked story to the eye-rolling ending and anything involving Shia LaBeouf’s Mutt swinging from a vine.

And yet, there are folks on Reddit actively inquiring if the hate for the disappointing blockbuster is entirely warranted, but things have already gotten heated to the point of outright spicy in the comments.

Waiting almost 20 years for a movie that only lived to leave a bitter taste in the mouths of longtime Indiana Jones enthusiasts isn’t the most stellar of reputations for a studio-backed globetrotting epic to dine out on, even if Kingdom of the Crystal Skull did bring in a hefty $790 million at the box office.

Either James Mangold’s fifth chapter undoes the damage, or it makes part four look like The Godfather by comparison, but one guarantee is that opinions will instantly be formed and never deviated from again.