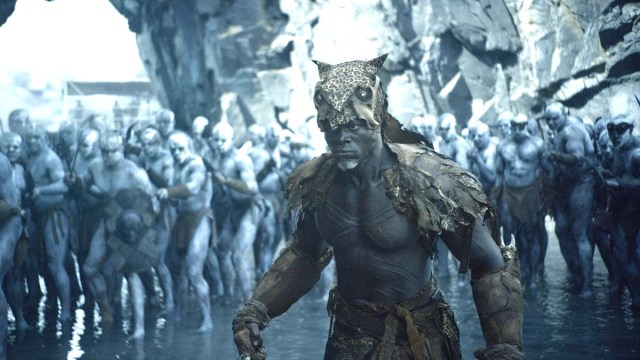 If it wasn’t for Spider-Man and the associated Marvel properties under its roof, you’d have to wonder how successful and profitable Sony Pictures would actually be. Fans have grown accustomed to roasting the studio for its questionable choices when it comes to blockbuster properties, and history is repeating itself yet again after the company announced plans to relaunch Tarzan.

Having secured the rights from the Edgar Rice Burroughs estate, the announcement ambitiously claimed that the character will be the subject of a “total reinvention” that re-imagines the jungle-dwelling hero for the 21st Century. Looking at both Sony and Tarzan’s recent history, though, we’re not feeling too confident about the would-be saga’s chances of success.

Incredibly, 17 of Sony’s 20 highest-grossing movies ever are comprised of Marvel Comics adaptations, the recent Jumanji sequels, the first and third installments in the Men in Black trilogy, and four of Daniel Craig’s five James Bond outings. The rights to the latter have already been lost, Men in Black: International flopped, and the jury is very much out on the ongoing Spider-Man -adjacent adventures that’s seen Morbius tank twice over, with fans roasting Kraven the Hunter, Madame Web, and El Muerto in the interim.

With that in mind, we’re not shocked to discover the reception to Tarzan swinging back onto the big screen has been less than enthusiastic.

David Yates’ The Legend of Tarzan roped in an A-grade cast and barely made a dent in the public consciousness, while 2003 series Tarzan was canned after just eight episodes, and 1998’s Tarzan and the Lost City earned a little over $2 million at the box office on a $20 million budget. That does not make for encouraging reading, especially with Sony on the helm, so you can understand why people aren’t falling over themselves with joy and anticipation.