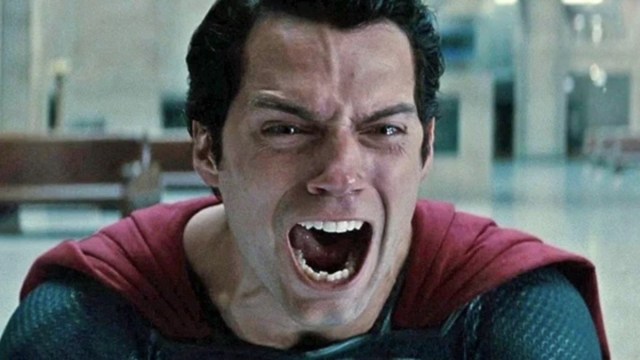 Up until he made his long-awaited return as Superman in the post-credits scene of Black Adam, the speculation surrounding Henry Cavill’s future as the costumed Kryptonian was relentless.

The actor was technically still under contract as the DCEU’s Big Blue Boy Scout, but he didn’t want to waste his options on brief cameos in the likes of Shazam! or Peacemaker, which was understandable when he was desperate to get a much bigger shake of the stick. The only problem, and it was admittedly a very big one, was that Warner Bros. didn’t want to play ball.

Instead, Cavill and Superman were shunted to the sidelines, with Black Adam marking the first time since Joss Whedon’s Justice League reshoots wrapped in the summer of 2017 that the former Witcher star had suited up and stepped onto a set as Kal-El. Dwayne Johnson no doubt played a huge part in making it happen, but so did the recent regime change.

In an interview with Collider discussing his first time slipping back into the costume after the lengthy sabbatical, Cavill hinted that the old WB executives weren’t interested in bringing him back, even though he’d spent years pushing for it.

“To see myself standing back in that suit was a meaningful moment. It’s difficult to describe. Many years hoping, planning, striving, doing everything I can to get back into it. And to get back into it, it meant a lot. And it’s something I won’t quickly forget.”

He’s back in a big way now, though, and his schedule has cleared up to the fury of many after he dropped out of leading Netflix’s smash hit fantasy series as Geralt of Rivia. Let’s hope those angry Witcher fans can be placated by a whole lot more Superman, because Cavill has been out of the iconic outfit for way too long.