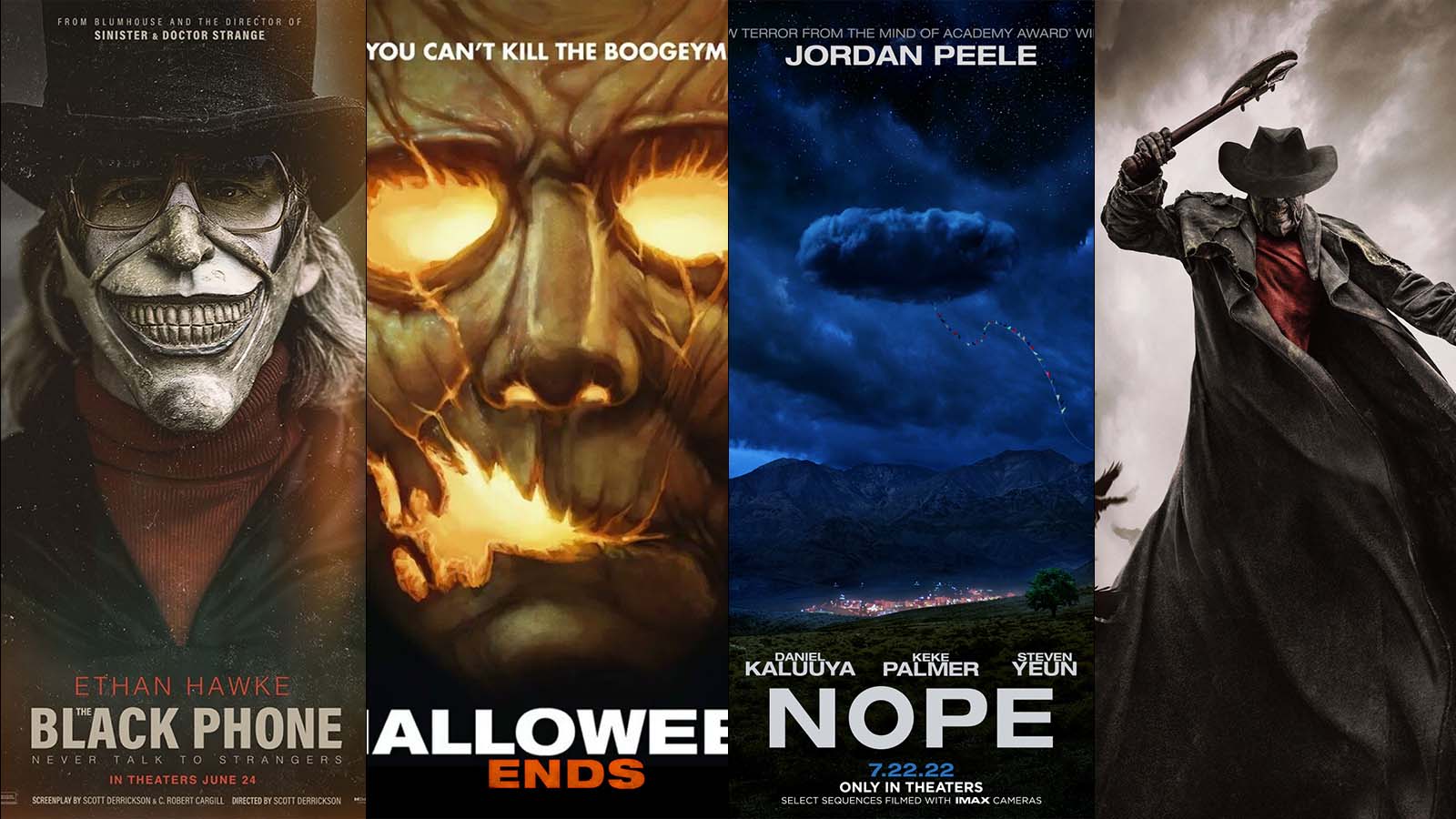 We’re only four months into 2022 and there are a slew of horror flicks that are on the horizon for the later months to come. Cinematic horror was a dominant force in 2021, with releases like Candyman, Halloween Kills, Malignant, and Last Night in Soho terrifying viewers and revitalizing the box office after the devastating effects of COVID-19. Now, a new year for horror means that there are plenty of exciting new thrills and grisly adventures to be experienced.

Franchise continuations like Scream (2022) and Texas Chainsaw Massacre (2022) have already made their marks earlier this year, and there are a few continuations left to be seen. Additionally, there are a few fresh-faced horror extravaganzas that are prepared to send shivers down the spines of die-hard horror fans around the globe. Let’s take a look at the best upcoming horror movies releasing in 2022.

Netflix’s upcoming horror flick Choose or Die aims to rekindle a familiar sensation that fans of Black Mirror have long understood. In a Squid Game-esque situation, penniless college student Kayla agrees to join a competition surrounding an ‘80s computer game in order to obtain a $100,000 cash prize. Through various deadly obstacles and revelations, Kayla begins to realize that she and her friend are not playing a game at all.

Based on the jaw-dropping Stephen King novel, Firestarter (2022) is a reboot of the 1984 film starring Drew Barrymore that perplexed audiences when it first hit the silver screen. Zac Efron stars as a father willing to go to great lengths to protect his daughter — who possesses pyrokinesis abilities — from a warped government that is attempting to capture her.

Alex Garland’s Men has been a hot topic of conversation and easily one of the most anticipated films on this list. The film stars Oscar nominee Jessie Buckley as Harper, a woman on vacation in an English countryside after the sudden death of her ex-husband. While on the trip, Harper begins to experience terrifying hallucinations and constant visits from a strange man.

Blumhouse is back with another chilling project that showcases a terrifying tale about child kidnappers. Ethan Hawke stars as a menacing killer and kidnapper that has recently snatched his latest victim in 13-year-old Finney. While being held captive by Hawke’s character, Finney discovers a black phone in the basement that allows him to communicate with the kidnapper’s past victims. With their help, Finney puts together a plan to try and escape.

Jordan Peele is one of the most versatile and exciting filmmakers in modern cinematic horror. With successful projects like Get Out and Us under his belt, Peele is back with a horror movie that is one of the most anticipated of the year. The exact plot details surrounding Nope have been kept relatively discrete, but cryptic teasers and trailers have hinted at a film about extraterrestrial activity in a small town.

Seeing as the Evil Dead franchise is one of the most successful and frightening franchises of the ‘80s, die-hard fans were enthralled to learn that a new chapter would be releasing this year — and if that wasn’t exciting enough, Sam Raimi and franchise veteran Bruce Campbell will serve as executive producers. The story will follow two sisters who stumble upon a mysterious book that results in deadly consequences.

This upcoming horror project aims to rekindle the campy nostalgia that familiar slasher films are known for — and with a cast that includes Amandla Stenberg and Pete Davidson, there’s much to be excited about. The synopsis for the film includes a group of friends who take to participating in party games while having a gathering during a hurricane. However, when they choose a party game titled “bodies bodies bodies,” the house party begins to take a deadly turn.

2009’s Orphan conveyed such an unexpected twist that it left audiences with their jaws on the floor, so much so that the film is still talked about to this day. Now, years following the enthralling story about an orphaned child who turned out to actually be an adult, folks will finally get to experience a sequel to the horror thriller and the possibility of learning more about the mysterious and diabolical Esther.

The Jeepers Creepers franchise is considered one of the most frightening in the horror genre and features one of the most terrifying villains at the center. The new installment will be under direction from a new filmmaker and look to exceed expectations after the third installment received less-than-favorable reviews. Still, it’s a nostalgic franchise that has brought nightmares to many a viewer and will certainly look to build on the Creeper’s overall scare factor.

Considering that Pinhead is easily one of the most recognizable villains in the history of the horror genre, fans will surely be flocking to screens to witness his legacy return in the newest movie set to premiere this year. The film will serve as a reboot of the 1987 original and will hopefully provide more chilling details and backstory surrounding the infamous Leader of the Cenobites.

You’d be hard-pressed to find someone who didn’t immediately receive goosebumps upon the very mention of the ancient vampire Kurt Barlow. There’s an abundance of Stephen King-inspired movies out there, but perhaps none as significant and bone-chilling as Salem’s Lot. Lewis Pullman stars as author Ben Mears, who returns to his hometown only to discover that the residents are transforming into bloodthirsty vampires.

Four words: Michael Myers is back. The upcoming chapter is scheduled to be the final installment in David Gordon Green’s iconic reboot trilogy, which focuses on the tumultuous saga between Michael Myers and Laurie Strode. Filming for the movie has officially wrapped, prompting many folks to speculate whether Strode will kill Myers for good this time. It will be interesting to see if this legendary franchise is finally done, or if it’s only a matter of time until Michael graces the silver screen again.