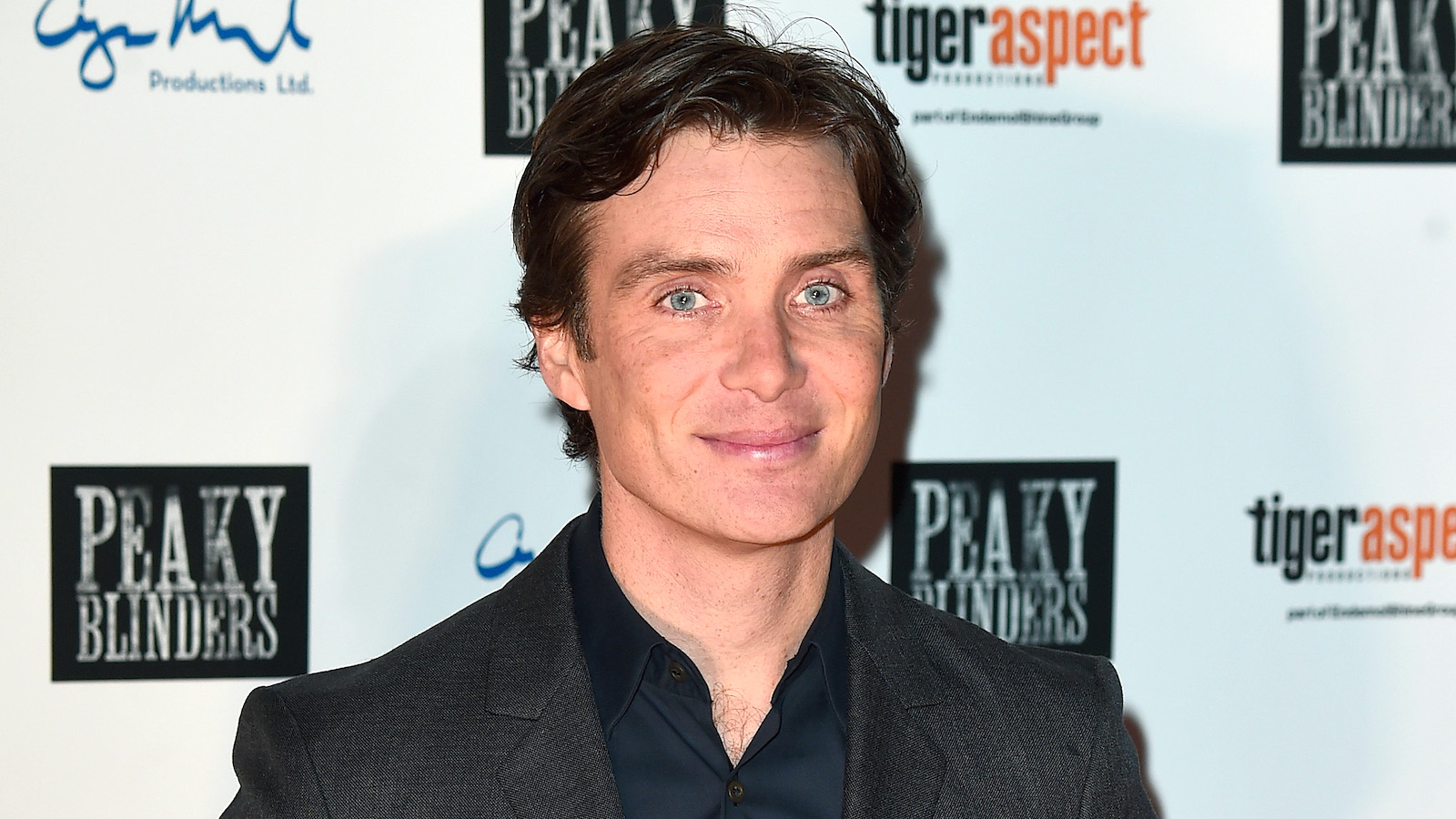 Every week, there seems to be a new casting announcement for Oppenheimer, Christopher Nolan’s upcoming biopic about American physicist J. Robert Oppenheimer, the father of the atomic bomb.

Currently in production, the highly-anticipated historical drama will be distributed by Universal Pictures, marking Nolan’s first film since Memento (2000) outside of a Warner Bros. Pictures deal due to conflicts regarding theatrical and streaming policies. It will play exclusively in theaters for 100 days.

Little is known so far about Oppenheimer’s plot. The film will take from Kai Bird and Martin J. Sherwin’s book American Prometheus: The Triumph and Tragedy of J. Robert Oppenheimer. As per Deadline, the “pulse-pounding” narrative will center the challenges Oppenheimer faced as he risked “destroying the world in order to save it.” Leading man Cillian Murphy has also teased that, in true Nolan fashion, Oppenheimer won’t be following your regular biopic formula.

As set photos of the first-class cast start coming out, excitement for Nolan’s new epic is beginning to simmer amongst film enthusiasts. We decided to round up the entire (known) cast list for Oppenheimer, as listed on the film’s IMDb page, as well as what we know about each character so far to help visualize just what’s in store.

Here is the cast ⏤ as it stands ⏤ of Oppenheimer.

As director of Los Alamos Laboratory, created to coordinate the scientific research of the Manhattan Project, Oppenheimer is credited as one of the fathers of the atomic bomb during World War II. He will be played by acclaimed Peaky Blinders lead actor and long-time Nolan collaborator Cillian Murphy.

In an interview with The Guardian, Murphy described Oppenheimer as a “fascinating” and “contradictory character.” “Chris will call me up and I’m there,” Murphy said of working with Oppenheimer director Christopher Nolan. This will be their sixth project together after The Dark Knight trilogy, 2010’s Inception, and 2017’s Dunkirk.

The incredibly versatile Sicario and Mary Poppins Returns actress will be playing the wife of J. Robert Oppenheimer, Kitty, short for Katherine. Kitty was a German-American biologist and botanist as well as a member of the American Communist Party. She met Oppenheimer in 1939 when she was still married, and the two began an affair. In 1940, after she became pregnant with Oppenheimer’s child, she filed for divorce, then married the physicist in November of that year.

One of Hollywood’s current most coveted actresses, Pugh will be taking on the role of Jean Tatlock, an American psychiatrist and journalist. She started a relationship with Oppenheimer when he was a professor and she was a student at Berkeley University in 1936, which continued well into his marriage to Kitty. Jean and Kitty’s affiliations with the American Communist Party became a security liability for Oppenheimer later on.

While Oppenheimer will only premiere in 2023, you will still be able to watch Pugh in Olivia Wilde’s Don’t Worry Darling and Sebastián Lelio’s The Wonder all before the year ends. She is also set to join the cast for the sequel to Denis Villeneuve’s epic Dune as Princess Irulan.

Strauss was a member of the U.S. Atomic Energy Commission (AEC) when, in 1947, Oppenheimer became chairman of the General Advisory Committee of the AEC. The two had a hostile relationship, with Strauss reportedly inciting the process that eventually resulted in Oppenheimer’s security clearance being revoked in 1954.

This will be Robert Downey Jr.’s most high-profile role since the conclusion of his legendary run as Iron Man in the Marvel Cinematic Universe.

Lieutenant General Leslie Richard Groves Jr. was the director of the Manhattan Project, overseeing most of its developments. He selected Oppenheimer as the head of the Los Alamos Laboratory, vouching for him when others questioned his suitability for the role.

Damon has his hands full at the moment, shooting for Oppenheimer, as well as developing his latest Ben Affleck team-up, in which he’ll star as Nike exec Sonny Vaccaro.

A German-American nuclear physicist, Bethe was appointed head of the Theoretical Division at Los Alamos Laboratory by Oppenheimer himself, which reportedly didn’t go down well with Edward Teller, a fellow Manhattan Project member (played by Benny Safdie).

Skarsgård is best known for his TV roles in Vikings and Westworld and for belonging to the most talented actor family in Sweden.

You likely know him from TV series like Minx and This Is Us, and now Michael Angarano will be playing Robert Serber in 2023’s Oppenheimer. Serber penned The Los Alamos Primer, a set of lectures supplied to all incoming scientific staff that joined the Manhattan Project. He assisted in the dropping of the atomic bombs and was part of the first American team to assess the affected areas afterwards.

A close friend and colleague of Oppenheimer’s at Berkeley, Lawrence named his son Robert after the physicist. He recommended Oppenheimer to General Leslie Groves Jr. (played by Damon) for the position of head of Los Alamos Laboratory. After the war, he banned Robert’s brother Frank Oppenheimer (played by Dylan Arnold) from Berkeley’s Radiation Laboratory, straining his relationship with Robert. He was critical of Oppenheimer’s communist associations and a transcript in which he criticized him was used in Oppenheimer’s security hearings.

Lawrence will be played by Josh Hartnett, who made headlines in 2021 after making a comeback in Guy Ritchie’s Wrath of Man, his first Hollywood movie in 14 years. Hartnett’s career sky-rocketed after his performance in Pearl Harbor in 2001, making him one of the biggest heartthrobs of the 2000’s.

Yep, even Josh Peck is in Oppenheimer. The Drake & Josh alum will be playing Kenneth Bainbridge, who joined Project Manhattan in 1943. In 1945, he oversaw the Trinity nuclear test, the first detonation of a nuclear weapon. As the bomb went off, Bainbridge reportedly turned to Oppenheimer and said, “Now we are all sons of b*tches.”

Who will these major movie stars be playing?

As you’re about to find, we’ve only scratched the surface of the massive star power that will be giving Oppenheimer one of the most stacked casts in recent memory. Our next three actors are all big-time Oscar winners, but who will they be playing in Nolan’s biopic?

It was announced in late February that Belfast’s Kenneth Branagh would be joining the cast of Oppenheimer, with no details yet about his character. Branagh is a recurring face in the Christopher Nolan cinematic mosaic, with roles in both Dunkirk and Tenet. He won his first Oscar earlier this year for Best Original Screenplay for Belfast.

Yet another film legend to be associated with Oppenheimer, Gary Oldman is set to feature in only one scene, according to the actor. The Oscar-winning veteran played the emblematic Jim Gordon in Christopher Nolan’s Dark Knight Trilogy and won Best Actor for his work in Darkest Hour.

Just how many Oscar winners can Nolan collect in one film, you ask? Well, Rami Malek is definitely a part of that list. The Bohemian Rhapsody and No Time To Die star will play a scientist, but little else is known about the extent of his role in the film as of yet.

Affleck is the latest known addition to the Oppenheimer cast, after The Daily Mail published some photos of the Manchester By The Sea actor on Nolan’s set, alongside Cillian Murphy. Affleck’s contribution to Oppenheimer has yet to be officially confirmed by the studios or anyone involved, perhaps due to past controversies surrounding the Oscar winner.

The leaked set photos indicate that whatever real person Affleck will be playing is part of the military, but there’s no further details about his character so far.

Meet the stars of Christopher Nolan's 'Oppenheimer'
1 of 6

Wait, there are even more big names attached to Oppenheimer?

Oh, yes. The cast for Nolan’s Oppenheimer does not end there. There are other big names attached to the film whose characters have not yet been disclosed.

Tom Jenkins is credited as playing American physicist Richard Tolman. Britt Kyle will be playing Barbara Chevalier, wife of Berkeley professor Haakon Chevalier, who founded a teachers’ union with Oppenheimer and played an important role in the Oppenheimer security hearings. Considering that his wife will be featured in the film, he probably will too, played by one of the actors mentioned above.

This cast list is certainly a doozy. It looks like the film will most likely be a collection of important moments in Oppenheimer’s life, with a special focus on the creation of the atomic bomb and subsequent fallout.

Oppenheimer is expected to premiere on July 21, 2023 and is gearing up to be one of the biggest films of the year.