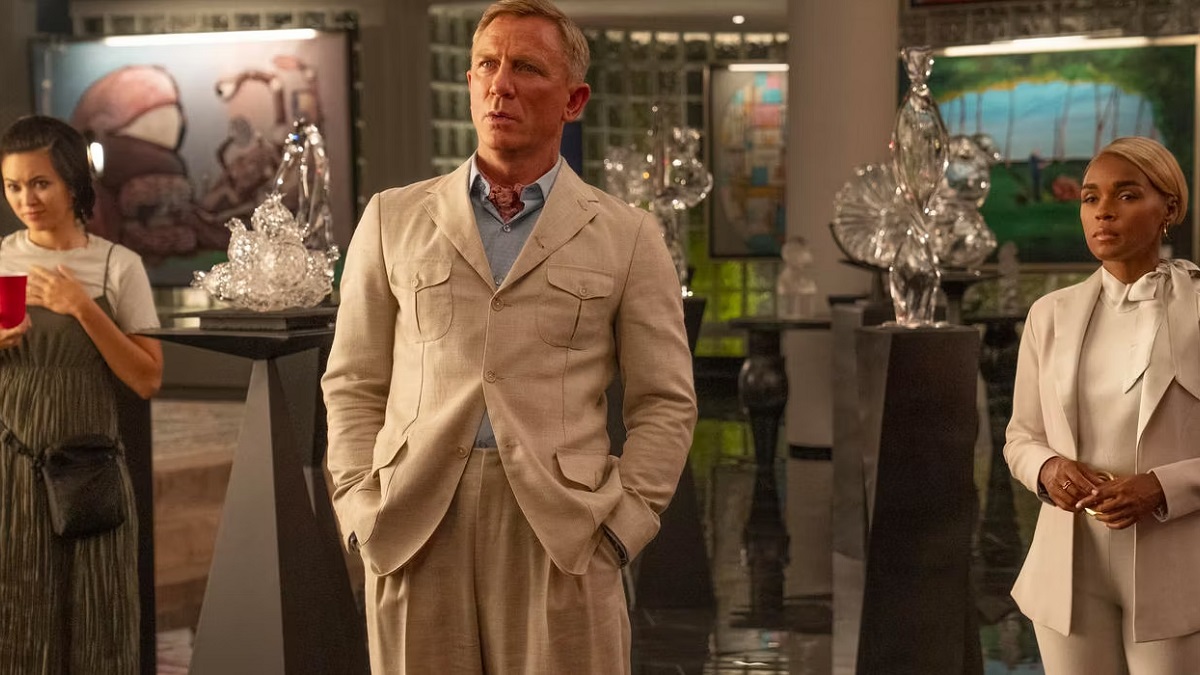 The much-anticipated Glass Onion: A Knives Out Mystery has arrived on streaming. If you’ve been anxiously awaiting this one to arrive, and have a Netflix account, your patience has been rewarded. What if you don’t have Netflix? Is there any other way to catch the latest Knives Out thriller?

Before you waste your time digging through your hundred different streaming passwords, there’s only one place you can catch the holiday’s hottest movie. This being a Netflix original, it is exclusively available through that particular app. At one point you could have seen it in a theater, but that was a one-week-only special release that came and went on Nov. 23. That leaves Netflix as your only option.

Let’s say you’re one of the last remaining people on the planet who still relies on DVD and Blu-Ray players for your home entertainment. When can you hope to add this to your collection of plastic cases? Unfortunately, there’s no talk of Glass Onion being released as a physical copy. Truth be known, it’s time to transition to streaming anyway, so get with the times.

Maybe you are dead set on not paying for a Netflix subscription. While you are out of luck when it comes to Glass Onion, you can rent or buy Knives Out from basically every digital retailer, such as Amazon Prime and Vudu.

Taking shots at the world of billionaires with more money than God, Glass Onion takes Daniel Craig and his Foghorn Leghorn-inspired Southern accent to the Greek Isles to solve his latest mystery. The sequel to the lauded Knives Out, Craig is the only returning cast member. This time around, director Rian Johnson tosses Benoit Blanc into the middle of a lavish party at the private estate of tech billionaire Miles Bron, played by Edward Norton. Of course, being a Knives Out mystery, there’s a dead body with secrets to be revealed.

Hailed as nearly perfect by many critics and fans alike, 2019’s Knives Out is a tough act to follow. According to Rotten Tomatoes, critics lavished it with praise on the way to a 97 percent rating. Audiences weren’t quite as excited, but they still rated it 92 percent positive, which is outstanding in its own right.

That leaves Glass Onion with the unenviable task of living up to an original that was almost universally praised. With the bar set so high, how is the film stacking up to its predecessor? Although it just premiered on Netflix today, the scores are exceptional so far with critics rating it 94 percent Fresh and the audience giving it 93 percent.