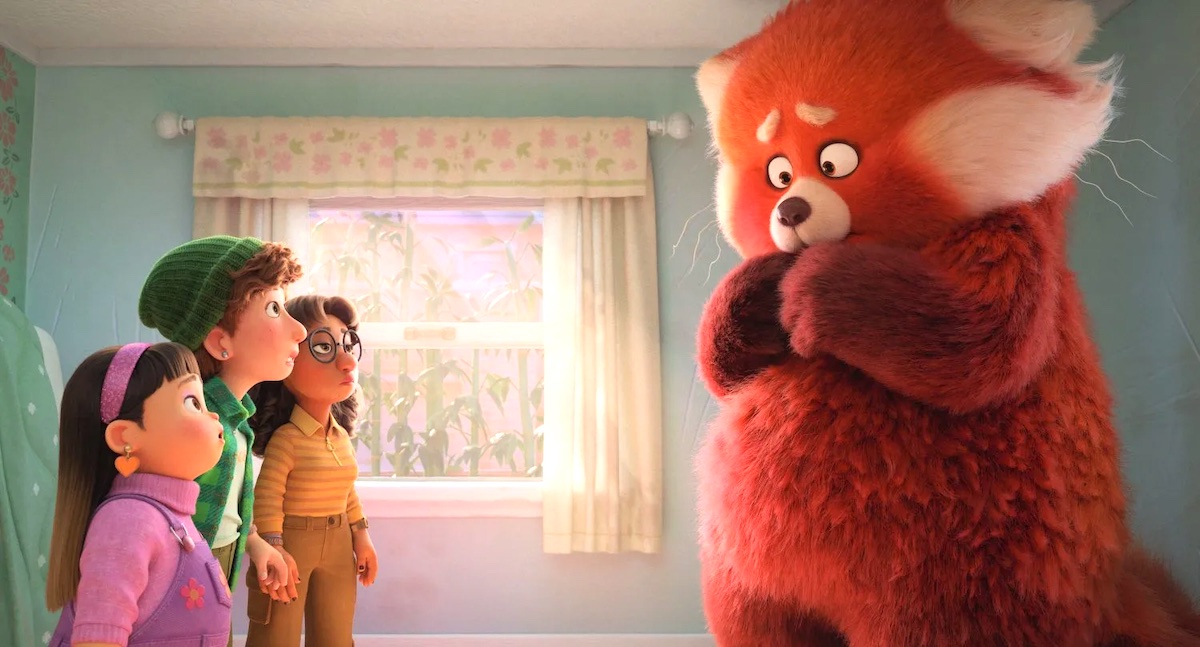 With Pixar’s latest movie hitting Disney Plus next week, Turning Red held its world premiere in Hollywood yesterday, with many of Tinseltown’s finest attending the flashy event. The film’s cast and crew, as well as a few special guests, flocked to Hollywood’s El Capitan Theater to celebrate what is the legendary animation studio’s 25th feature-length offering.

Writer and director Domee Shi also witnessed her passion project come to life, as did producer Lindsey Collins and EPs Dan Scanlon and Pete Docter. Superstar Billie Eilish, who provided original songs for the film, joined them, as did composer Ludwig Göransson. Check out some pics from the red carpet via the gallery below:

Turning Red follows Chang’s Mei Lee, a confident yet dorky 13-year-old who transforms — or “poofs”, as she calls it — into a giant red panda when she gets too excited. As if that’s not enough, Mei must deal with her protective, overbearing mother Ming (Oh) as she’s torn between being her mom’s dutiful daughter and embracing her freedom. The coming-of-age story is Shi’s first full-length directorial offering from Pixar, following her acclaimed 2018 short Bao.

Early reviews have indicated that Turning Red is yet another home run for Pixar, with critics praising its humorous, heartfelt story and calling it a perfect blend of Eastern and Western influences. Nevertheless, the film hasn’t entirely escaped controversy, as Disney’s decision to release it exclusively on streaming, similar to what was done with both Soul and Luca, has apparently “bummed out” Pixar’s staff.

You can catch Turning Red once it “poofs” onto Disney Plus this March 11.