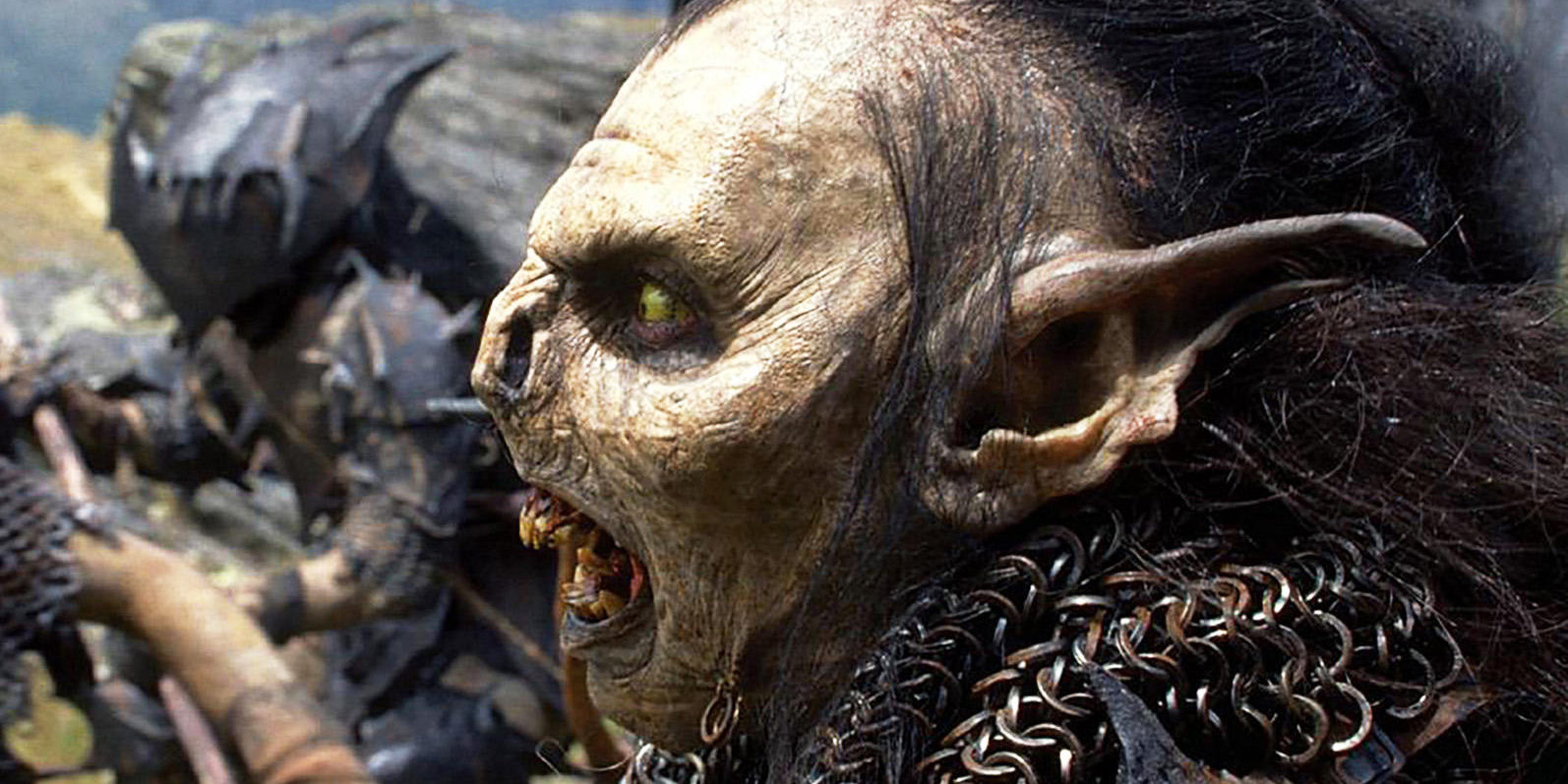 What’s the best recipe for making an orc? A little bit of elf? A heavy dose of dark magic? The hulking and repulsive appearance of the creatures made famous by J.R.R Tolkien very well might make you think there’s a lot of mud involved, too.

But the orcs of J.R.R Tolkien’s epic Middle-earth saga The Lord of the Rings aren’t stirred together in a cauldron or grown from the earth. Generations of corruption and their close association of the goblin-kind with dank caves and underground darkness mean that they’re never far from mud and dirt. They’re as flesh as blood as the other races of Middle-earth they’ve warred against for thousands of years.

Tolkien pulled together a mismatch of fantasy creatures from legend and myth to create the foot soldiers of Mordor. In letters, he explained that orcs came from multiple origins, their savage name meaning “demon” in Old English. Much of the background Tolkien devised for them is explored in the poems that form the epic tome The Silmarillion.

When Peter Jackson’s remarkable trilogy of movie adaptations brought Tolkien’s orcs to the big screen, it did wonders in adding color, character, and threat to this race of corrupted creatures. Despite the vast numbers we see storming Helm’s Deep or defending the Black Gate, there’s wry and individual humor in their make-up, mannerisms, and Cockney accents when they have their brief moment in the spotlight.

Although they represent the weaker side of evil, orc strength comes in their numbers. The return of the dark lord Sauron in the Third Age of Middle-earth, as recounted in The Lord of the Rings, demonstrates their usefulness. Having built back his power and influence after losing his physical form at the end of the Second Age, Sauron amasses an army to enact his will like never before. His army needs to grow faster, harder, and stronger than ever before, and the way orcs are born is a massive help.

How are orcs made from mud?

In short, orcs aren’t made from mud but rather incubated in it. According to Tolkien’s extensive backstory, the first orcs were fallen elves, corrupted and tortured into these horrific new forms. But in the long period between the dark force’s battles to conquer Middle-earth, their numbers grew in caves and caverns, away from the pastures, towns, forests, and mountains of men, elves, and dwarves. Often tolerated as a minor nuisance on Middle-earth, when they combine into a massive mobile force, they become a real problem.

In the first Lord of the Rings film, we see the birth of the first of Saruman the White’s first Uruk-hai in the bowels of Isengard. These tall orcs were fiercer and more powerful than their brethren and we can see the look of fear on the faces of the other orcs when the Uruk-hai’s first action is to kill its orc midwife.

On Saruman’s tour of the mines of Isengard, we see the connection between the orcs and the underground. On the way to the Uruk’s birth, the fallen wizard passes massive forges, where goblin-kind produce the weaponry for the rapidly-growing armies of Isendor. Next door, we see the delivery of the soldiers themselves. Sacs of orcs, newborn but fully sized, are brutally scooped from the mud, almost instantly ready for battle.

Peter Jackson expanded the scenes from Tolkien’s book to increase the threat facing the Fellowship of the Ring. The Uruk-hai we see is Lurtz, an enemy who can pursue and battle the Fellowship of the Ring in a way Sauron, now a flaming all-seeing eye, and Saruman cannot. Lurtz is a strong focus for the cinematic adventure, but the Uruks come from the books. Jackson based his birth on Tolkien’s vivid description of orcs burrowing through the mud like maggots.

In The Lord of the Rings, Uruk-hai is the name for the monstrous warriors bred in Isengard. In Tolkien’s extensive history, Uruks were initially created by Sauron in Mordor. In The Fellowship of the Ring, they are presented as Saruman’s invention rather than modifying Sauron’s earlier work.

Gandalf talks of Saruman breeding the Uruks to possess the traits of “Orcs and goblin men,” which is as much as we get on their background. The suggestion is that Saruman controlled the ranks of orcs he bred through their diet. While lesser orcs existed on scraps, the giant Uruks were fed human meat to fuel their rage and power. That’s probably what they were told when they were handed orc flesh, anyway.

In The Return of the King, we see darker, rougher Uruks than the Isengarders, suggesting they are the Black Uruks of the novels and that Sauron was hard at work building super orcs, too.

Speculation that these powerful parts of the armies of Mordor came from a particular set of dark arts or are man-orc hybrids are never confirmed. But as with all orcs, they emerge from their buried sac membranes. Though they are nursed in the ground rather than grown from it, the way they are born is a further reference to the world myths and religions that Tolkien skillfully drew into his fantasy epic.

The book of Genesis recounts that God formed Adam, the first man, from mud and dust, just as the Māori people of the South Pacific believe that the forest god Tāne Mahuta created the first woman from clay. In Greek mythology, the titan Prometheus sculpted men from earth and water, while Egyptian mythology believed that the god Khnum shaped babies from clay before placing them in their mother’s wombs.

Jewish folklore recounts the creation of animated golems created from mud, while Hindu mythology tells us that Lord Ganesh, the remover of obstacles, was shaped from clay. Miraculous birth from the earth is a story shared across the world. For all the horror and disgust at the way these creatures emerge, there is something weirdly familiar in the way these foot soldiers of the dark side of Middle-earth spring from the mud.