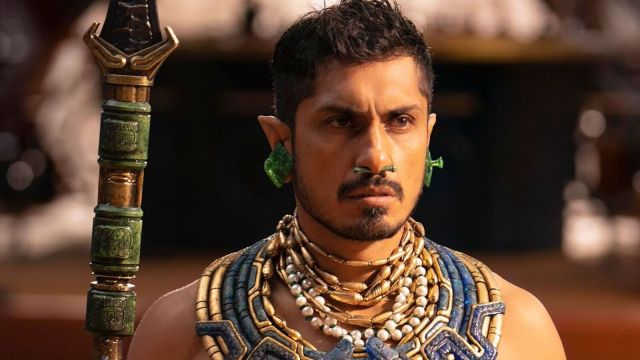 The release of Black Panther: Wakanda Forever has a new villain on Marvel fans’ minds, and his backstory isn’t as well-known as the likes of Doctor Doom and the Green Goblin.

Namor the Submariner made his debut with Wakanda Forever‘s November premier, sauntering onto screens with a fresh and exciting take on the longstanding Marvel character. Now that he’s officially entered the MCU, viewers are familiarizing themselves with the fan-favorite antihero, and digging into his history in Marvel comics. Before they can plunge into his nearly century-long tenure on the page, however, fans first need to learn how to go about pronouncing the character’s name. It’s seen a few different versions over the years, and plenty of people put their own spin on it, but the Wakanda Forever character is finally debuting a single, canon pronunciation of the name.

How to pronounce Namor

Over the years, Namor’s name has seen a few variations. The majority of comic book fans pronounce the name approximately as it looks, with a slightly longer “a” sound in the middle. This yields a typical “nuh-more” sound, and tends to be the most commonly-used approach.

In Wakanda Forever, the character’s backstory gets a bit of an update, and this affects his name as well. Rather than maintain the backstory that was first established when Namor debuted in 1939, the MCU is changing things up a bit. They’re pivoting the character’s origins from a background in Atlantis, the fictional sunken island, to instead present Namor as the leader of Talocan, a fictional nation based around Mesoamerican tradition.

Namor’s look is getting an update, as is his name. For one, he’s known to his people as Kukulkan, or the Feathered Serpent God associated with Mayan tradition, but it’s the name his enemies use that has fans intrigued. To most, the character is known merely as Namor, and actor Tenoch Huerta puts a wonderful twist on the more common pronunciations.

In a clip from the recently-released film, Namor informs Shuri and Ramonda that “my enemies call me Namor.” He pronounces the name “nah-morr” with a lovely, rolling “r” at the end, leading the name to audibly rhyme with “amor.” This was apparently a purposeful decision, according to an interview with executive producer Victoria Alonso from the film’s Oct. 26 world premier. In a clip discussing the character’s name, Alonso explains that Namor is short for “el niño sin amor,” or “the boy without love.”

The culprit behind Namor’s lack of love is likely contained with Wakanda Forever‘s runtime, but almost certainly has to do with his status among his people as a god-like figure. There is also the fact that he is a being of two worlds, and thus belongs fully to none. This fact almost certainly isolates the character, and leans even further into his status as “the boy without love.”