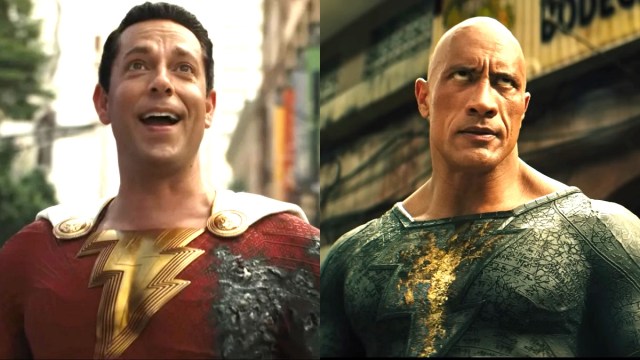 Dwayne Johnson’s Black Adam made its DCEU debut on Oct. 21 after nearly 15 years in the pipeline. During his promotion of the movie, the 50 year-old actor revealed that Black Adam’s origin story was initially proposed as a combined movie with Zachary Levi’s Shazam!, a notion similar to the comics but counterproductive to Johnson’s vision for the character.

Speaking with Vanity Fair, Johnson revealed that he firmly advocated for Black Adam to have his own origin story separate from Shazam, the result of which was a lengthy Black Adam delay but now two huge solo superhero movies.

When the first draft of the movie came to us, it was a combination of Black Adam and Shazam: Two origin stories in one movie… “Now that was the goal—so it wasn’t a complete surprise. I just knew in my gut, ‘We can’t make this movie like this. We would be doing Black Adam an incredible disservice. ’It would’ve been fine for Shazam having two origin stories converge in one movie, but not good for Black Adam…

“I made a phone call… I said, ‘I have to share my thoughts here. It’s very unpopular…’ because everybody thought, ‘Hey, this script is great, let’s go make this movie.’ I said, ‘I really think that you should make Shazam!, make that movie on its own in the tone that you want. And I think we should separate this as well.’

How is Black Adam connected to Shazam?

While the two share major similarities in regard to their powers, there is a slight difference in the origin of how they got them. Black Adam received his powers from the six Egyptian gods Shu, Heru, Amon, Zehuti, Aton, and Mehen, which lends itself to the acronym Shazam. Billy’s Shazam on the other hand gets his powers from the Gods of Earth: Solomon, Hercules, Atlas, Zeus, Achilles and Mercury.

Black Adam may have been left out of Shazam!, but per the movie’s deleted scene and Johnson’s confirmation, the two will get their time on screen together. As Johnson said in a press tour interview: “Oh the crossovers? Yeah they’re going to happen”. Who knows; it may even be with a little known Kryptonian.