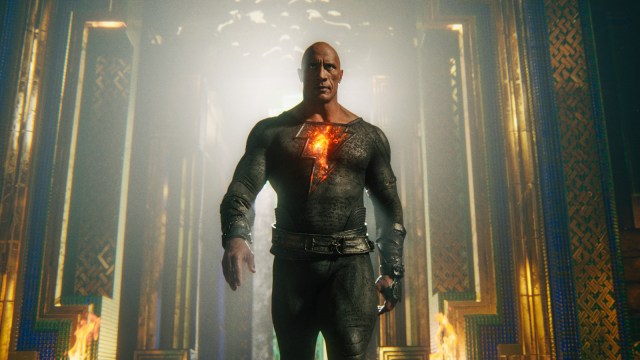 Hello from presumably the opposite side of your phone screen in the cinema. As has become tradition in big-budget franchise films, particularly when it comes to the DC and Marvel universes, it has become an extremely commonplace practice for studios to sneak in a little something something to get your mouth watering about the future of their franchises, and Black Adam is no different.

Generally speaking, these little additional scenes tease an exciting new character, or plot arc that are to come in future additions to said universes, but these have become so common that studios have even started poking fun at audiences for sticking around until every name and logo has rolled its way up the screen.

Looking at you, Harley Quinn after Birds of Prey – how dare you make a chump out of us. Fair play, though – very in character, we still love you.

That said, Black Adam’s post credits sequence does carry weight. You may also be happy to know, there is only one additional scene. You’re going to want to stick around for it – Dwayne Johnson fought very hard to make it happen, so give the man the time of day.

How many post-credits scenes are there?

You won’t have to stick around overly long to consume every morsel of Black Adam, as the movie only contains one additional scene, which happens mid credits. If you’re at all invested in the future of the DCEU, we implore you to stay. Even if you’re not, the wait isn’t that long – believe us when we say this is a big one.

Once that’s out of the way, and you’ve collected your jaw off the floor, you’re free to leave the cinema and relieve yourself of that gallon of diet coke you sucked down while Dwayne Johnson and friends whaled on each other for 124 minutes.