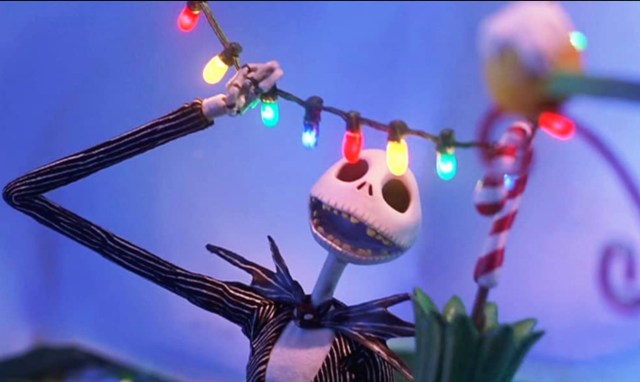 Jack Skellington is the main protagonist in the movie The Nightmare Before Christmas, directed by Tim Burton and released in 1993. He’s a tall, thin skeleton known as the “Pumpkin King”, and he wears a black pin-striped suit accompanied by a bat bow-tie and black dress shoes. As for his temperament, he’s gentlemanly, graceful, and generous, although sometimes oblivious to the feelings of others — most notably Sally, his love interest. He delights in experiencing new things, as he feels his life is monotonous due to the repeated Halloween holidays he is obligated to arrange.

Jack is considered an intimidating figure as he can scare other monsters who live in Halloweentown — a world based solely on the holiday of Halloween – and humans. Additionally, his height factors into his ominous nature, as he’s believed to be anywhere from 6′ to over 11′. Indeed, he towers over the other characters in the film. However, while Jack’s exact height is unknown, we can deduce that he is around 6′ to 7′. This is because in his song “Jack’s Lament,” he sings, “and since I am dead, I can take off my head to recite Shakespearean quotations.” From this, we can assume that Jack was once human, meaning that unless he reached superhuman height while alive, he is likely 7′ at most.

While his height is daunting and his nature intimidating, Jack’s job of scaring people on Halloween night is all in good fun, and he’s actually a playful, kind character who tries to bring his own brand of Christmas cheer to the world.