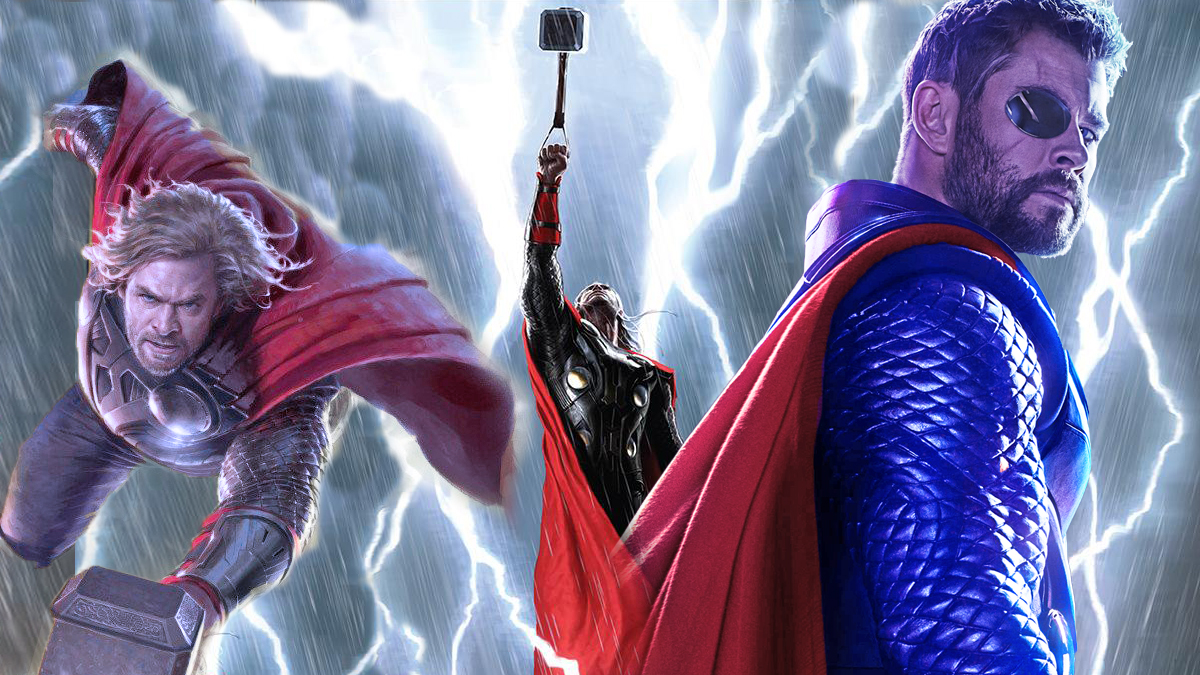 The God of Thunder has been put through the ringer since his Marvel Cinematic Universe debut. Thor Odinson is the Prince of Asgard, one of Earth’s mightiest Avengers and has the greatest hair in the MCU. In the great words of Drax the Destroyer, “It’s like a pirate had a baby with an angel.”

He’s been worthy, unworthy, betrayed, beaten, tortured, and lost everyone around him, but he hopefully has finally found happiness at long last. Portrayed expertly by Chris Hemsworth, Thor is one of the original members of the Avengers, teaming up with Captain America, Iron Man, Hawkeye, Black Widow, and the Hulk to save the Earth in Avengers. However, that wasn’t his MCU appearance, and it certainly wasn’t his last.

For those who would like to sit and binge watch all the Thor movies, those aren’t the only movies the Thunder God has appeared in, but we have made it easy for you by chronicling his journey in the MCU.

For his extreme arrogance, Odin (Anthony Hopkins) banishes Thor to Earth and forces him to live life as a mortal. Dr. Jane Foster (Natalie Portman), an astrophysicist studying the possibility of Einstein Rosen bridges (wormholes), is in the middle of the New Mexico desert when Thor crashes down to Earth. Thor discovers his hammer, Mjolnir, was also sent to Midgard but is unable to wield it. Without his powers, he has to learn the hard way what it means to be a good person who is worthy to rule Asgard.

After Jane absorbs the all-powerful Aether, Thor takes her to Asgard, hoping the scientists there can cure her. When that fails, he reluctantly releases Loki from prison to help him track down someone who can absorb the Aether from Jane. All the while, the Dark Evils are launching an assault on Asgard. The real lesson Thor learns is that he doesn’t want to rule after all.

In the second team-up movie, the Avengers raid a Hydra facility in the Eastern European country of Sokovia, where they find twins Wanda (Elizabeth Olsen) and Pietro Maximoff (Aaron Taylor-Johnson) held captive as test subjects. The experiments on the twins have resulted in Wanda having telepathic and telekinetic abilities while Pietro has superhuman speed.

Without consulting the other Avengers, Tony Stark and a reluctant Bruce Banner use the Mind Stone to upload a consciousness into an iron suit, creating the lifeform known as Ultron, in hopes of seeing “a suit of armor around the world.” After seeing a world of chaos and destruction, the corrupted artificial intelligence decides to wipe all life from the Earth, thus setting the stage for an epic showdown.

During the mid-credits scene of the first Doctor Strange movie, Thor meets with the new Sorcerer Supreme (Benedict Cumberbatch) regarding the threat Loki continues to pose to Earth. Thor tells Doctor Strange that they are looking for Odin, so he agrees to help them.

The scene previously shown in Doctor Strange is shown again in extended form after Thor and Loki journey to Earth to find their father. Doctor Strange sends the brothers through a portal to Norway, where Odin has been hiding out. Before he passes away, the All Father reveals that they have an older sister, Hela (Cate Blanchett), who has been imprisoned for her crimes, but will return once Odin dies.

When Hela demands Thor and Loki kneel before their queen, Thor throws his hammer at her, which she grabs with one hand and crushes in her fist. While trying to escape through the Bifrost, Hela pushes the two out of the wormhole. Thor finds himself on Sakaar, where he’s held captive and forced to fight in Grandmaster’s Contest of Champions. There, he meets fan-favorite Korg (voiced by the film’s director, Taika Waititi) for the first time and encounters Hulk.

Thor, Hulk, and Valkyrie (Tessa Thompson) escape from Sakaar and battle Hela, bringing about Ragnarök, the prophesied destruction of Asgard.

Picking up from the end of Thor: Ragnarok, Avengers: Infinity War shows that Thanos has destroyed the ship carrying the Asgardian survivors, with only a few narrowly escaping to Earth. Thanos (Josh Brolin) seizes the Space Stone housed inside the Tesseract and murders some prominent characters.

All the various storylines throughout the first three phases converge here with iconic and shocking moments that left the fandom completely devastated, but it also included the most iconic entrance ever for Thor during the battle sequence in Wakanda.

End Game picks up five years later, but the survivors are still reeling from the shocking events of Infinity War. Desperate to fix the destruction left in Thanos’ wake, the Avengers come together in a last-ditch effort to save the universe. The final battle is possibly the greatest put to film and will leave viewers with happy tears.

Thor: Love & Thunder sees the return of Dr. Jane Foster, who has been diagnosed with cancer. She takes a trip to New Asgard. The Asgardian refugees have set up shop in Norway at the site where Odin died, and Hela destroyed Mjolnir. The magical hammer puts itself back together, and Jane is granted the power of Thor.

Meanwhile, Gorr the God Butcher (Christian Bale) has lost everything and vows revenge on every god in the realm for ignoring people’s prayers. His next target? Thor. Together, the Thunder God and Jane team up to stop him and try to save Jane in the process. Thor discovers what true “love” is in this film that left fans with mixed emotions.