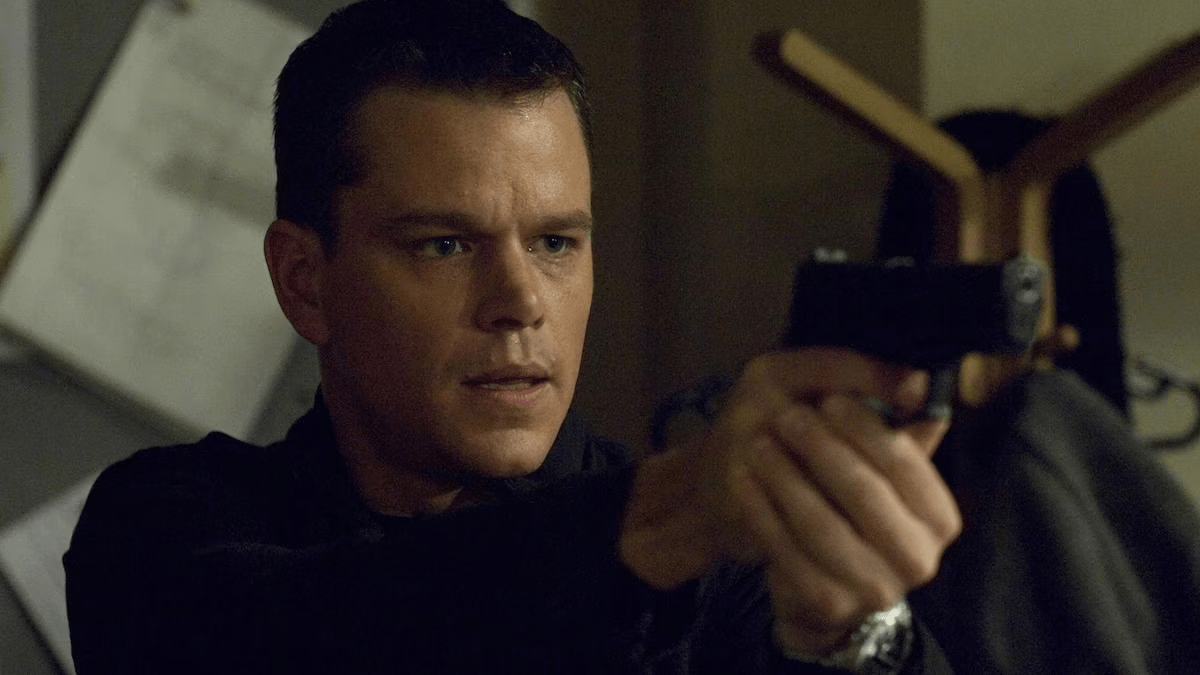 The Jason Bourne franchise, which was launched with the premiere of The Bourne Identity in 2002, created a new and exciting spy franchise for the new millennium and also simultaneously catapulted its star, Matt Damon, into movie stardom. The success of The Bourne Identity led to a further five movies in 14 years — all set in the Bourne universe. Understandably, that might present a tricky proposition to someone planning to finally start the series, so, we have helpfully put together this guide on how best to watch the franchise. We will avoid plot spoilers to make your viewing experience more pleasurable.

What Is the ‘Jason Bourne’ Series About?

The Jason Bourne movies are based on a series of novels written by American author, Robert Ludlum. They center around the eponymous character, Jason Bourne, a CIA agent who was trained to be an assassin by an elite CIA black ops program. However, at the start of the series, he does not remember any of this because he is currently suffering from psychogenic amnesia.

All three of Robert Ludlum’s original trilogy of novels have been adapted into films, with Matt Damon starring as Jason Bourne in all three films. There are also a further two movies and a television show set in the same universe.

How To Watch the Movies in Order

The first film in the trilogy, The Bourne Identity is based on Robert Ludlum’s 1980 novel of the same name. It was co-written by Tony Gilroy and William Blake Herron and directed by Doug Liman. It was the first film to star Matt Damon as the superspy, Jason Bourne.

In this film, Jason Bourne is found floating in the Mediterranean Sea, without any physical identification or memory of who he is or where he has come from. He then goes on a mission to find out who he is and, on the way, realizes that he possesses certain skills that make him both very dangerous as well as a target for his previous employers, the shady Operation Treadstone.

The Bourne Identity was originally intended to be a standalone film but its critical and commercial success led to it being the start of the Bourne franchise.

While sharing the same name as Robert Ludlum’s second book, the film adaptation of The Bourne Supremacy greatly differs from the plot of the book. The filmmakers believed that these changes were important to represent the modern day, as the world at the time was very different from the world in which the book was originally written in and reflected. Matt Damon reprises his role as Jason Bourne and this time, the film is solely written by Tony Gilroy. It also marks British director, Paul Greengrass’ directorial debut in the franchise.

Jason Bourne, now a retired assassin, is trying to live a peaceful life but when forces hunt him down trying to kill him, he must use all the skills they taught him to survive and hunt those hunting him while trying to make amends for some of his illicit actions when he was still an active CIA assassin.

A fun fact about this film is that two weeks before the film’s release date, Paul Greengrass and Matt Damon came up with a new, better, ending and tried to convince the producers to pay for the reshoot; they reluctantly agreed.

The final film in the original trilogy, The Bourne Ultimatum was again loosely based on Robert Ludlum’s final book before his death. Paul Greengrass returned to the Director’s chair and Tony Gilroy wrote an initial draft of the screenplay, which was later revised by Scott Z. Burns and George Nolfi.

Matt Damon again reprises his role as Jason Bourne and this time is on a mission to find out more about his life before he was part of the CIA’s assassin program while becoming a target of a similar assassin operation.

After some issues with production on The Bourne Ultimatum, Tony Gilroy returned to both write (with his brother, Dan Gilroy), and make his Bourne directorial debut with 2012’s The Bourne Legacy.

Matt Damon does not return as Jason Bourne in this film but instead, the cast is led by Jeremy Renner, playing Aaron Cross, a new character and a member of an assassin operation similar to Bourne’s Operation Treadstone. Jeremy Renner is joined by Rachel Weisz, Edward Norton, and Oscar Isaac, with several actors reprising their roles from the original trilogy.

After some suspicious events, Jeremy Renner’s Aaron Cross begins to question the program he participates in and if we have learned anything from the previous Bourne films, the one thing these programs do not want is their assassins questioning the program. This triggers Aaron Cross’ desperate run for his life as he tries to outsmart the people chasing him. Certain parts of The Bourne Legacy take place at the same time as events in The Bourne Ultimatum, hence why it is best to watch this film after The Bourne Ultimatum.

Jason Bourne, the fifth film in the franchise, bypasses 2012’s The Bourne Legacy and serves as a direct sequel to the last film to feature Matt Damon’s Jason Bourne, 2007’s The Bourne Ultimatum. Jason Bourne finds himself once again on the run from the CIA and is on a mission to uncover buried truths about his father.

Actually, yes there is. In 2019, the USA network released a television show titled Treadstone. The show served as both a prequel and sequel to the film series. On the prequel side, it traced the origins of the Treadstone program in 1973 and then jumps forward in time to various Treadstone agents being reactivated in the present day.

No character or actor from the film series made an appearance on the TV show, and unfortunately for Treadstone fans, the show was canceled after only one season. So while it is not essential viewing, you may still want to watch it if you want the full Bourne experience.

Speaking of not essential viewing, there was a two-part TV movie adaptation of The Bourne Identity in 1988. It is not connected to any of the movies (or the television show) and follows similar story beats to the 2002 movie earlier mentioned so you can feel free to skip this one if you want.

Will There Be More Films?

What Have the Cast and Crew Said?

As of the time of writing, there have been no official announcements of a continuation of the Bourne Universe. Back in 2016, Frank Marshall who served as a producer on all five films was bullish on a sequel to Jason Bourne. However, Matt Damon has since poured water on those flames, stating that audiences “might be done” with the character. In 2019 though, Ben Smith, a producer on the Treadstone television series claimed that another movie was being planned and that it would tie into the, at the time, still-running television show. It would be reasonable to assume that the cancellation of the television show may have halted those plans.

Are There More Books?

If there was to be another movie though, the filmmakers would not be short of inspiration as there are 17(!!) Jason Bourne novels as of 2022. The first three, all written by Robert Ludlum, have been adapted in one way or another for the original film trilogy. After Ludlum’s death in 2001, Eric Van Lustbader took over the writing duties, writing 11 books. Only one of his books, The Bourne Legacy, has been adapted, and just like both The Bourne Supremacy and The Bourne Ultimatum, the movies were heavily changed from the books.

During the writing of his 12th book, and the 15th overall, Eric Van Lustbader decided to stop writing the book, and Brian Freeman was approached by the Ludlum estate to continue the Jason Bourne stories. His first book, The Bourne Evolution, arrived in 2020 and he has written two more – The Bourne Treachery and The Bourne Sacrifice — with his fourth Jason Bourne novel expected in 2023.

With so many potential source materials and two talented filmmakers (Paul Greengrass and Dan Gilroy) already attached to the franchise and two interesting characters (Jason Bourne and Aaron Cross), we are definitely still crossing our fingers that we will get a new installment in the Bourne universe soon enough. For now though, we will just be content with rewatching all five films and the full season of Treadstone and maybe, we will finally watch that TV movie from 1988.