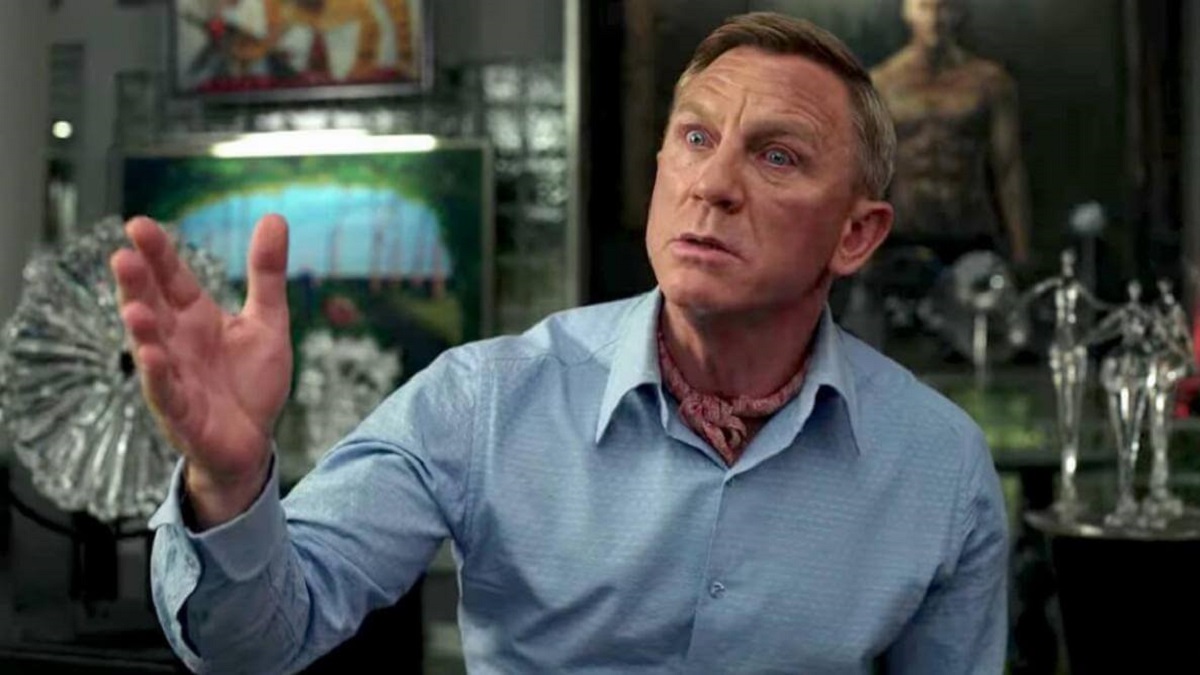 Rian Johnson is the talk of the entertainment world with his recently released Glass Onion: A Knives Out Mystery and the success of his star-powered Knives Out movie realm so far. From Jamie Lee Curtis and Chris Evans, to Dave Bautista and Janelle Monáe, Daniel Craig’s mystery-solving skills have partnered him with some of our favorite actors and actresses for two films, with a possible third on the horizon.

That’s right, Johnson is already looking forward to a third installment, though the idea of them all having Knives Out in the title isn’t something he was jumping at the bit about. Johnson spoke with The Atlantic and explained that he’s grateful for the plane that these movies exist on, but he wasn’t sure they were going to be a Knives Out series, so to speak.

“I’ve tried hard to make them self-contained. Honestly, I’m pissed off that we have A Knives Out Mystery in the title. You know? I want it to just be called Glass Onion. I get it, and I want everyone who liked the first movie to know this is next in the series, but also, the whole appeal to me is it’s a new novel off the shelf every time. But there’s a gravity of a thousand suns toward serialized storytelling.”

There certainly is a new novel off the shelf each time, and from a family whodunit to a tech billionaire and his friends solving the next mystery as Elon Musk’s Twitter takeover is at the height of the entertainment realm is something fans are paying attention to. No, Johnson couldn’t have predicted the timing, but it almost appears he did, which is an idea he touched on with Wired.

“There’s a lot of general stuff about that sort of species of tech billionaire that went directly into it. But obviously, it has almost a weird relevance in exactly the current moment. A friend of mine said, ‘Man, that feels like it was written this afternoon.’ And that’s just sort of a horrible, horrible accident, you know?”

Glass Onion‘s tech billionaire, Miles Bron, comes off early with a line that rings true to everything that seems to be happening right now, “Nobody wants you to break the system itself, and that is what true disruption is.” It’s not far-fetched to think that Johnson might take this fluke of timing and circumstance, and use it to think ahead for the third chapter. Johnson says that he needs to clear his head and think about what’s on his mind right now, and that has fans wondering what the next whodunit might be about.

With the recent happenings between Greta Thunberg and Andrew Tate and Tate’s arrest in Romania, it’s not hard to imagine that if he starts writing soon, that might be a central location to base his next film upon. Fans of the Knives Out universe have already shared the idea with Johnson, with Rachel Zegler, in particular, garnering his attention with a Tweet for his next installment.

Johnson’s response could be taken in a couple of ways. First, he’s not down with the idea: and that’s fine. He doesn’t have to choose this topic to frame his next film around just because it’s relevant right now. Second, fans have already said that Bautista’s character in Glass Onion: A Knives Out Mystery is a lot like Tate; perhaps he’s leaning into that.

Drawing the conclusions between Duke Cody and Tate is easy enough. Still, suppose Johnson were to focus his third film on the real-life happenings of right now. In that case, he could actually use it to make an important statement about issues that aren’t just prominent but detrimental to society.

Tate and his brother were arrested on accusations of sex trafficking, and the issue is pressing worldwide. Just last week, Fox News shared that human trafficking is the “fastest growing criminal industry,” and its victims could be anyone. Men, women, and children can all become targets of a human trafficking experience without sensing even a hint of trouble on the horizon. Operations are well planned out, and people can be targeted doing just about anything.

The CDC shares the following information blurbs on victims of trafficking:

Victims of sex trafficking are often convinced that no one in their lives cares about them, further trapping them to their captors on an emotional and mental level. Johnson could craft a story with trafficking at the heart of its tale and use his platform and devoted audience to make a difference and bring the tragedy to the forefront of the entertainment industry, where it cannot be ignored. Human trafficking is an issue that occurs worldwide, and no one is unaffected by it entirely.

Johnson could also use the angle of climate change, something Thunberg is heavily involved in, to craft his next mystery. Like human trafficking, a changing climate impacts all of us and those we love who will fill our spaces once we’re no longer here. It’s not an issue for right now; it’s an issue to change right now before it changes everything. Just as Johnson wove COVID-19 into Glass Onion, he could write a story influenced by either topic.

No one is thinking of Tate as a Willy Wonka type (you’ll get the idea in a moment), but it is worth noting that Johnson is certainly hitting the nail on the head, so to speak, with a Tate-like character already in the Knives Out realm, perhaps he always has been.

“I found very quickly that it became very boring if I started thinking too specifically about anybody. What was interesting was our weird relationship in American society to [these kinds of people], where we want to hate them but we also want to kind of believe they’re Willy Wonka. The very American, natural instinct to mistake wealth for wisdom and competency.”

Wealth in no way equates to wisdom and competency, but that’s the basis of the character arc some people have written for themselves. What better way to put a metaphorical knife through it in the entertainment realm than by a Rian Johnson whodunit?

Fans will have to wait to see just how Johnson comes up with the next murder mystery for Detective Benoit Blanc, and one thing is for sure, we won’t miss it.