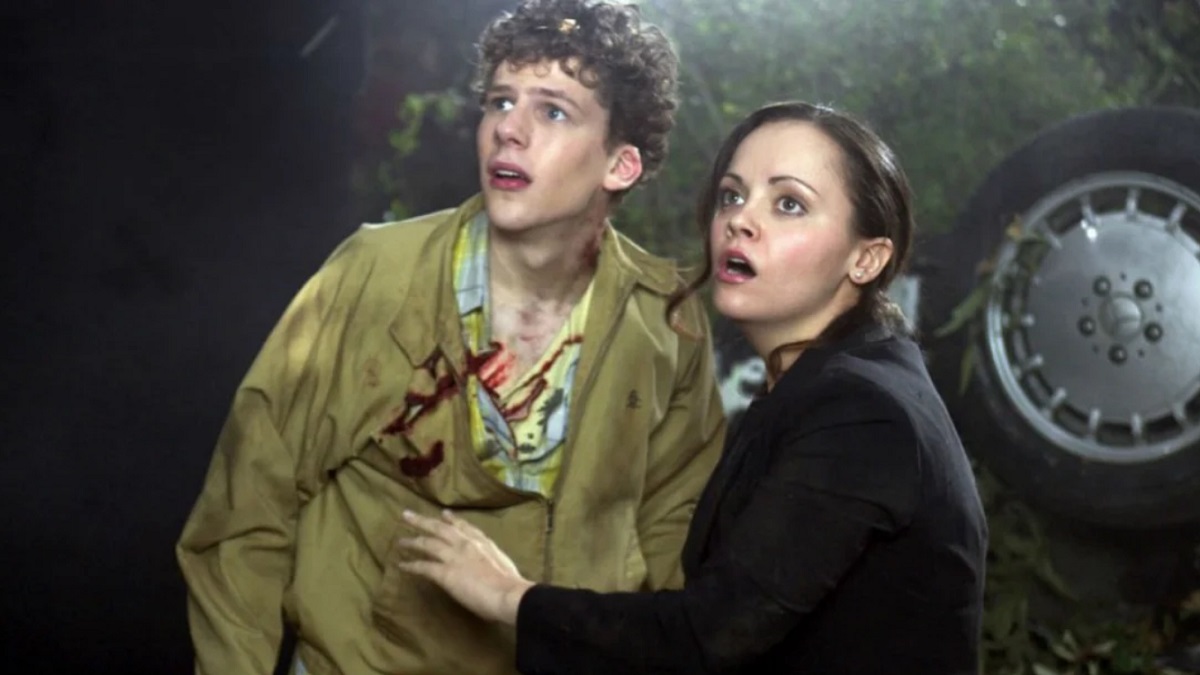 When Cursed hit theaters in 2005 after the massive success of the Scream franchise, moviegoers were hoping for magic to be made once again when Wes Craven and Kevin Williamson joined forces for a high concept horror.

The storyline was simple — three strangers would come face to face with a werewolf and navigate what comes after surviving an encounter with the beast, but the movie that arrived onscreen was a lot different from what fans were expecting.

Three years, several rewrites, and some creative differences (put lightly) later, Cursed seemed — well, cursed. Williamson’s script for the movie is very different from what audiences saw, and it’s been said that Craven wasn’t a major fan of the theatrical edit.

Scream-centric website, HelloSidney has uncovered and shared never-before-seen images from the mythical Director’s Cut, and they’re a real treat.

Skeet Ulrich, who was cut from the film when it was hacked to pieces in post-production, stands next to Christina Ricci in one of the images, and his presence in the movie is one of several reasons fans still ask for the Craven Cut almost two decades on.

Mandy Moore, Omar Epps, and Corey Feldman were some of the other names initially tied to the film that were ejected by the time Cursed premiered, while it’s also become commonly accepted that the werewolf was a more terrifying threat in the original movie Craven and Williamson dreamed up.

Other images show Ellie, played by Ricci, looking terrified and a victim of a werewolf attack, but it remains to be seen if the unearthed stills will lead to a Snyder Cut-esque campaign to have Cursed restored to its presumed original glories.