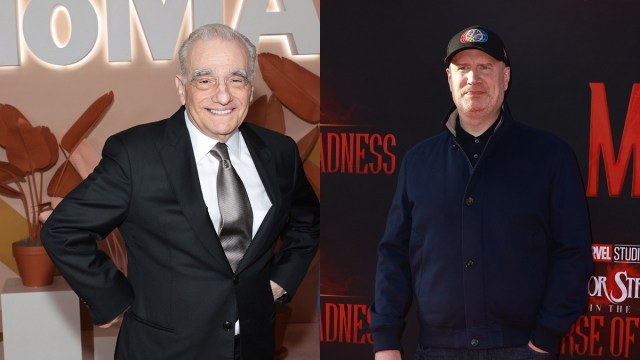 Barely a day goes by without Martin Scorsese and Marvel being lumped together in a question being thrown at a high-profile actor or filmmaker. Funnily enough, it was less than 24 hours ago when Ethan Hawke offered his opinions, and he offered a fittingly measured take for an acclaimed thespian who also broke bad as Moon Knight‘s big bad Arthur Harrow.

Ever since the bushy-browed legend of cinema first opened that fateful can of worms several years ago, the discourse has never been too far from the forefront of the pop culture conversation. Coinciding with that, many fans and industry analysts are of the belief that the Marvel Cinematic Universe has suffered a downturn in quality since Avengers: Endgame rounded out the Infinity Saga. But, are the two connected in any way?

According to a new article from Esquire, the answer is a resounding “maybe”. The post observes a correlation between Scorsese bashing the MCU, noting that it happened right around the time the comic book outfit was “conscious of not being taken seriously, Marvel bolted indie darlings like Chloe Zhao and Waititi onto projects”.

Sure it’s a reach, but the author then goes on to say that “while Scorsese has come to symbolize a pretentious dismissiveness towards anything involving jumpsuits and superpowers, what he was actually saying – that Marvel’s approach made for beautiful but emotionally empty films – is roughly what audiences have suddenly been hit by.”

In short, Scorsese called out Marvel for being empty and hollow junk food for the eyes with no meat on its bones, a sentiment that’s now being shared by the fandom as Phase Four continues to underwhelm. It’s a stretch, make no mistake, but it would also be hilarious were the iconic director the one inadvertently pulling the strings behind the MCU’s demise, like a real-live Thanos.