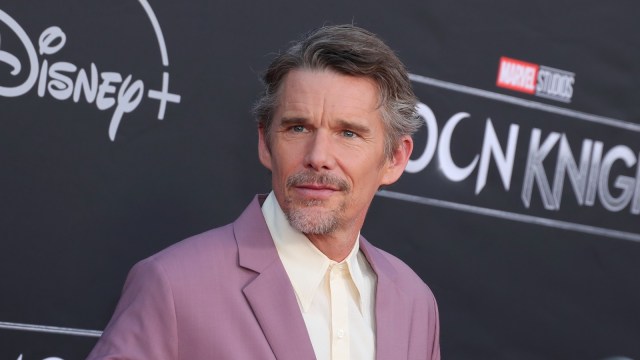 Moon Knight star Ethan Hawke is the latest to weigh in on the age-old debate about whether Marvel movies count as cinema, as most prominently brought into the public conversation by legendary director Martin Scorsese back in 2019.

Scorsese’s claim was that Marvel films, as fun as they are, aren’t really cinema, but are more akin to “theme parks,” despite admitting that “I don’t see them.”

“It isn’t the cinema of human beings trying to convey emotional, psychological experiences to another human being,” the Gangs of New York director said.

Despite starring in a Marvel TV show himself, Hawke suggested we shouldn’t drag on Scorsese and his defender, Francis Ford Coppola, for holding the viewpoint of not holding superhero movies in high regard. Instead, Hawke shared in a recent interview with IndieWire, we should be encouraged to continue to hold space for high art in the cinematic format, such as the films of Ingmar Bergman, in addition to the blockbuster popcorn fodder.

“If people like Scorsese and Coppola don’t come out to tell their truth about how there are more important things than making money, who’s going to? It’s easy for them, but it needs to be somebody in the community saying, ‘Hey, everybody, this is not Fanny and Alexander.’ If you keep reviewing these movies that are basically made for 14-year-olds like they’re Fanny and Alexander or Winter Light, then who the hell’s going to get to make Winter Light? I appreciate the elder statesmen of the community reminding people not to set the bar too low. I know it makes some people think they’re stuck up, but they’re not stuck up.”

Hawke has actually weighed in on this topic in the past. As We Got This Covered previously reported, Hawke cited Logan, The Dark Knight, and Doctor Strange as some of his favorite superhero movies. However, he said there should be a distinction between “art house movies” and “superhero movies,” even though he leveled much love at both and claimed both have merit in their own unique ways.