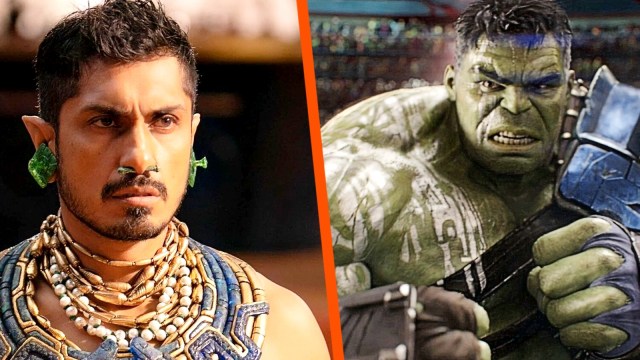 With the release of Black: Panther Wakanda Forever in just a few days, fans may wonder just how formidable of an opponent Tenoch Huerta’s Namor is, and whether the rumors that he is among the very strongest super-powered beings in the Marvel Cinematic Universe are true.

As the ruler of Talocan, Namor is not simply referred to as the underwater realm’s king, but a god. That is due in no small part to his various unique qualities as a mutant, such as having winged feet, being able to fly, and having as much of a presence on land as he does on water. In fact, Winston Duke’s M’Baku even claims that Namor is as strong as the Hulk in the latest promo before becoming the recipient of an armor-shattering punch to the chest by the Feathered Serpent God.

But does that mean Namor could truly go toe-to-toe with the Gamma-irradiated Bruce Banner during one of his rage attacks if the two hypothetically faced off in the gladiatorial arena of Sakaar? It turns out, that all depends on whether there’s a healthy dose of H2O near Namor. As Wakanda Forever director Ryan Coogler explained in a recent interview:

“There’s no equal in terms of his capabilities, being able to breathe underwater and breathe at high altitudes and walk around on land. He’s incredibly strong, he’s as strong as Thor, and if he’s around enough water he can be as strong as the Hulk.”

If what Coogler says is true, that means Namor could possibly hold his own opposite Chris Hemsworth’s Thor and Mark Ruffalo’s Hulk in the Grand Arena if he has enough hydration handy.

Black Panther: Wakanda Forever comes to theaters on Nov. 11. You can read our review of the movie here.