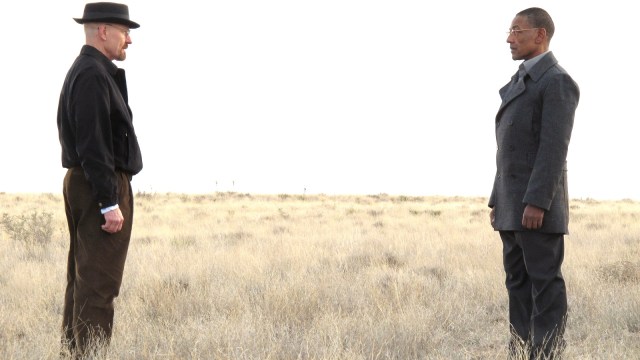 Ever since rumors that Giancarlo Esposito might replace the iconic Patrick Stewart as Professor X began making the rounds, Marvel fans simply can’t resist fantasizing about casting the role for the X-Men franchise.

Stewart revealed to Digital Spy in 2020 that he would not be returning as Professor Charles Xavier in light of the events that took place in the film Logan. Of course, he surprised fans by reprising the role in Doctor Strange and the Multiverse of Madness. Despite this, he is unlikely to be reappear in the 616or 838 timelines.

Which is why the aptly name GusFring88 took to the /marvelstudios subreddit to praise Stewart’s performance, and ask other fans who they would like to see replace him in the role of Professor X.

Some Redditors were in favor of seeing James McAvoy, who previously played young Professor X, take over after Stewart.

Other fans rallied behind Esposito, reigniting a discussion about the rumor that he will take over the role.

Things took an interesting turn in the thread when another Redditor suggested that Esposito replace Sir Ian McKellen as Professor X’s arch-enemy Magneto instead.

This was followed by MileHighHoosier’s nomination of former Breaking Bad co-star Bryan Cranston as the next Professor X.

The idea of Cranston as Xavier opened up the door to a very intriguing possibility.

Cranston and Esposito first appeared together in Breaking Bad, a show that’s widely considered to be one of the greatest in television history. To a great extent, its excellence was shaped by the enticingly complex dynamics between their characters: chemistry teacher-turned-drug lord Walter White, and drug kingpin Gustavo Fring. There’s no denying that it would be an unrivaled treat to see them together again, especially in the MCU.

Whether or not their reunion will remain confined to the minds of Marvel fans remains to be seen.