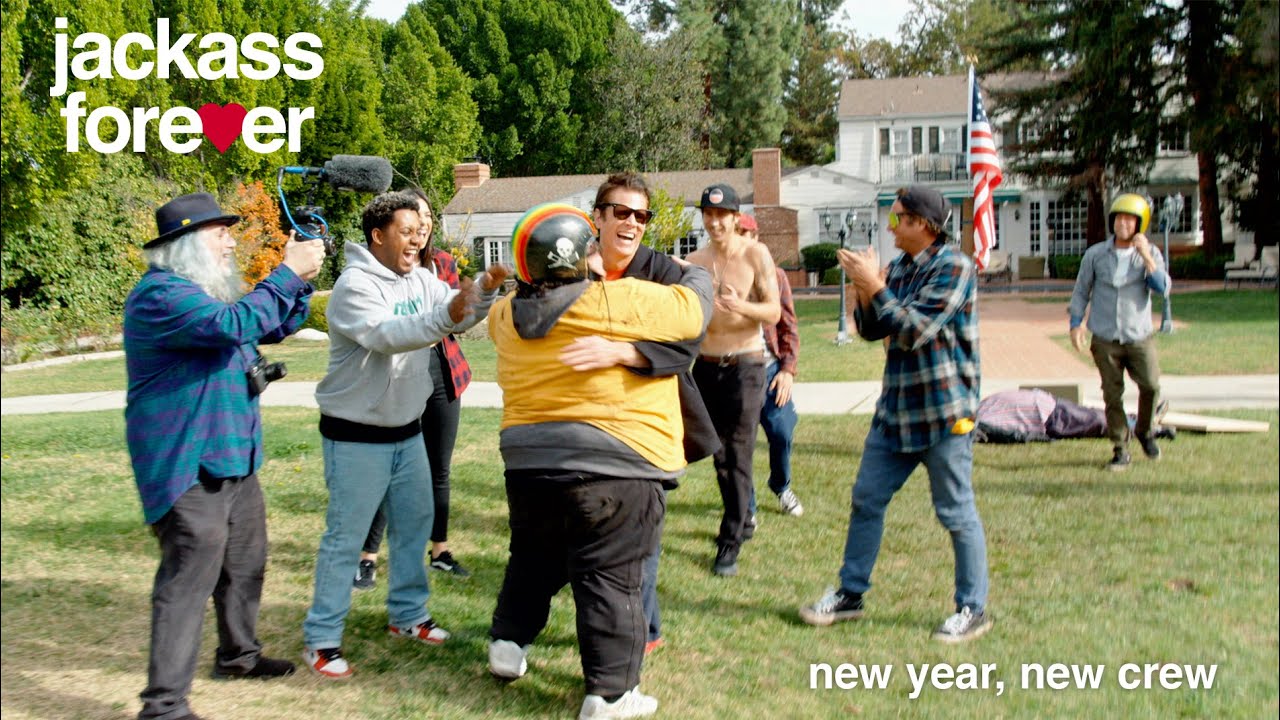 The stars of Jackass have a very important message, and they’ve assembled the entire cast to tell you about it. The MTV pranksters took to Twitter today to let you know loud and clear that their latest effort, Jackass Forever, is now available for viewing on Paramount Plus.

The half-minute plus of video features OG Jackass poobahs Johnny Knoxville and Steve-O, as well as returning cast members Chris Pontius, Sean “Poopies” McInerney, Danger Ehren, and newcomer Rachel Wolfson calling out their most outrageous stunts in the film, which feature a veritable menagerie of bears, bulls, scorpions, “dinosaurs,” and, of course, farts.

Jackass Forever was a surprise hit when it was released earlier this year, raking in nearly $80 million at the box office — eight times its $10 million budget — and pulling down an 86% on Rotten Tomatoes’ Tomatometer critics’ scale. The film is easily the highest-rated of the franchise’s movie efforts. Perhaps fittingly, as it may turn out to be the team’s last outing — no spoilers, but Johnny Knoxville suffered actual brain damage following one of the movie’s stunts … and by the end of this latest film effort, the older team members don’t look like they’re holding up any better.

Knoxville, who is now a father twice over, told Howard Stern, “No one in my family is happy with the stunts.”

“I can’t take any more hits to the head. My brain was just playing tricks on me. I got really depressed and over-focused on things… I did have to start medication for the first time in my life. It completely turned me around – that and doing therapy. It was a really hard recovery from this last injury but I’m great now. I feel like I’m the healthiest I’ve ever been.”

Jackass Forever, in addition to streaming on Paramount Plus and appearing in theaters, will be available on March 29 on DVD and Blu-ray, which Collider reports will contain over 40 minutes of bonus content.