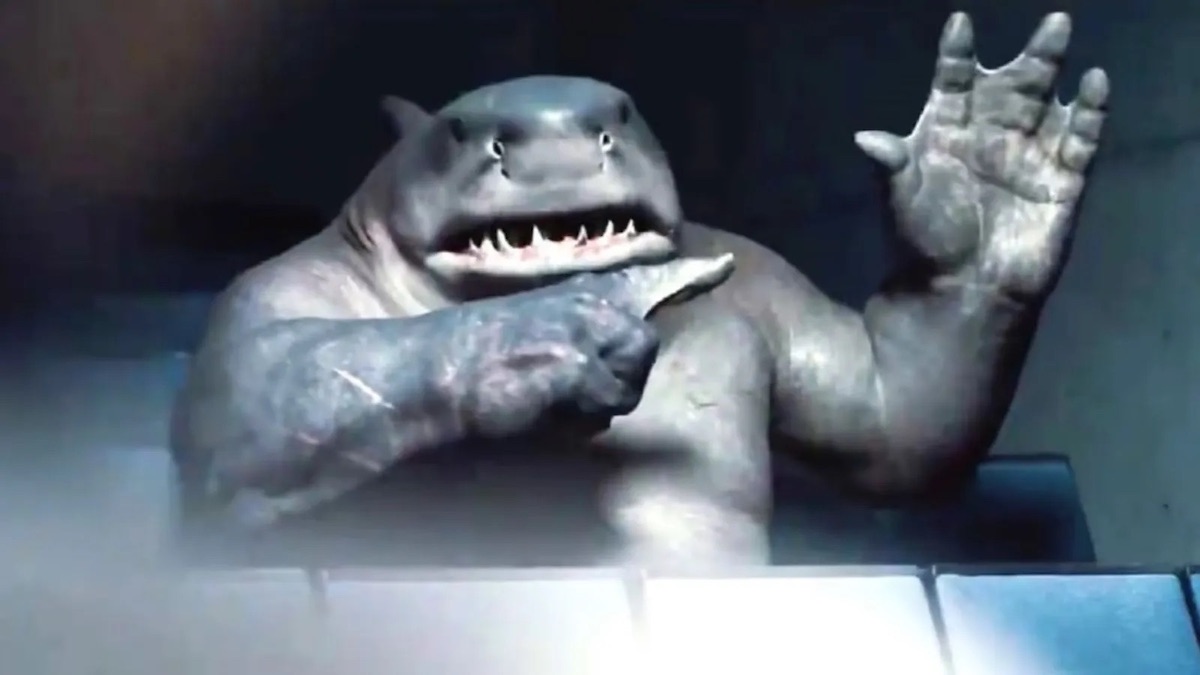 In a film rife with black humor, it was hard to top the laughs that King Shark received in James Gunn‘s The Suicide Squad. Even in a film rife with eccentric oddballs the monosyllabic shark-human hybrid, voiced by none other than Sly Stallone more often than not got the biggest laugh with the shortest line (“HAND!”)

Today filmmaker Tony Tost, writer and director of the upcoming movie National Anthem treated his Twitter feed to a unique Top Ten list of recent movies that sound like they would be chosen by King Shark to be read out in his distinctive Tarzan-like mode of speech. The hilarious results went viral and eventually received the ultimate badge of approval — a retweet from Gunn himself.

Here are some of the highlights of the list.

DOG! Shark would no doubt really love the Channing Tatum vehicle Dog. If he doesn’t eat the co-star. But King Shark seems to have more of an appetite for jerks.

OLD! King Shark might be a little let down by the twist in this M. Night Shyamalan flick but he can still have fun shouting the title. maybe for his birthday.

PIG! LAMB! Uh-oh. While these two indie faves may have a lot to offer it’s beginning to sound a bit like King Shark’s favorite menu, not movie picks.

NOPE! US! King Shark may get a kick out of these two Jordan Peele horror masterpieces. It could also be his answer when asked if he wants to see the 1950s classic Giant Ant movie Them.