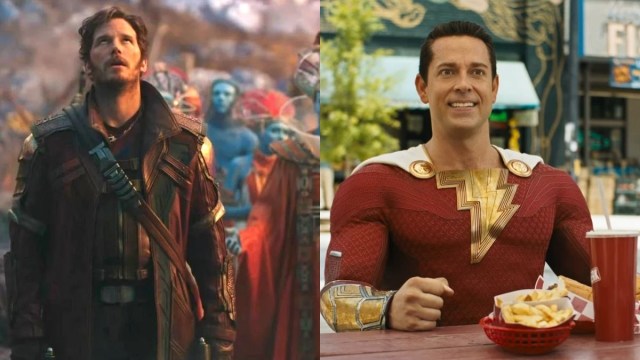 As is the case every year, 2023 brings a stacked slate of comic book adaptations to multiplexes around the world. James Gunn might be directing one of the most hotly-anticipated of the bunch, but that doesn’t mean the superhero veteran can’t be excited for the rest of them, too.

On top of the long-awaited Guardians of the Galaxy Vol. 3, fans will also be able to saucer their eyes with Blue Beetle, Shazam! Fury of the Gods, Aquaman and the Lost Kingdom, Ant-Man and the Wasp: Quantumania, The Marvels, Kraven the Hunter, Spider-Man: Across the Spider-Verse, The Flash, and the Marvel Cinematic Universe’s Blade reboot.

Needless to say, the genre is in ruder health than ever, but a recent fan poll named Gunn’s Guardians of the Galaxy trilogy-closer as number one in terms of pure excitement. Taking to Twitter, the filmmaker accepted the praise, but made sure to outline that he’s just as hyped as the rest of us for what his peers have been cooking up.

It looks as though almost every single one of next year’s highest-grossing releases is poised to feature costumed crimefighters in one form or another, underlining that things are definitely getting back to normal after the barren pandemic years. Superheroes have been largely bulletproof throughout the age of COVID, and that’s set to continue for some time to come.

Seven years to the day will have elapsed by the time Guardians Vol. 3 arrives to tie off the three-film saga created by Gunn, so it’s easy to see why it ended up at the top of the pile.