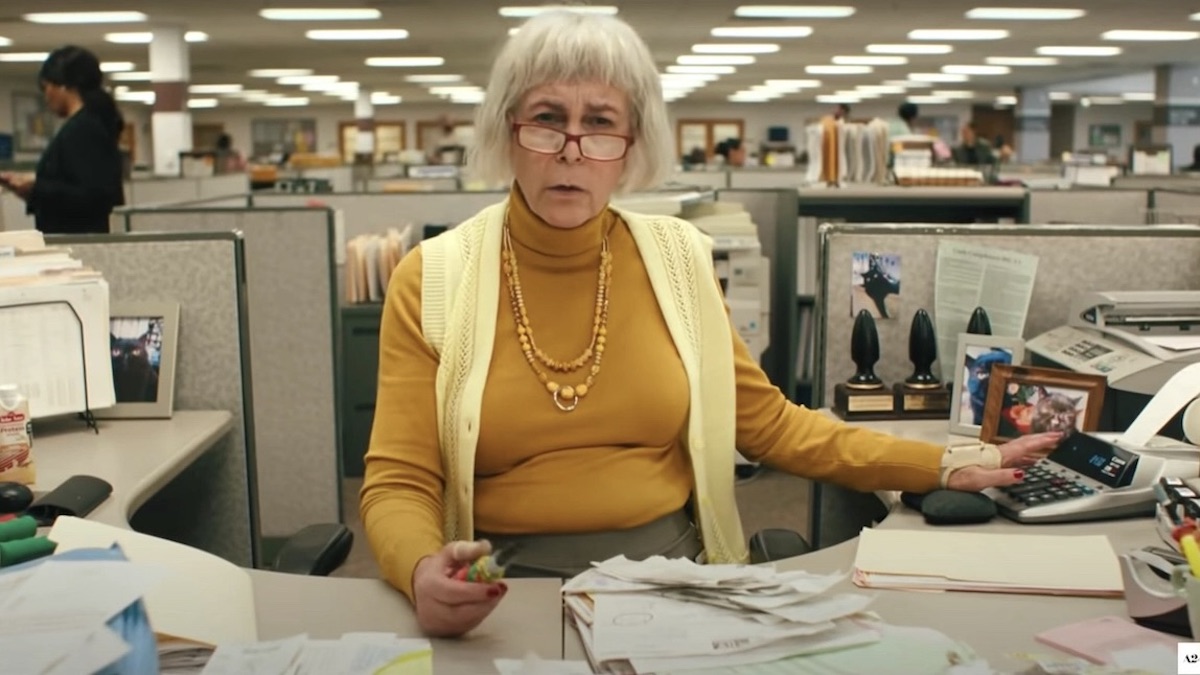 Get ready to feel the feels. Jamie Lee Curtis has revealed the one set item from her work on the multi-award nominated hit indie pic Everything Everywhere All at Once that was so important she just had to take it home with her. And no, it wasn’t her hot dog fingers.

Curtis plays hard-nosed IRS auditor Deirdre Beaubeirdre who at the start of the film is investigating Evelyn and Waymond Wang when things take a bizarre turn as the Wangs (and eventually Deirdre herself) are taken over by a host of different multiversal incarnations — including one where the IRS auditor also knows a LOT of kung fu). Mayhem ensues and over the course of the movie we view multiple different realities and timelines.

In one of the film’s strangest but somehow most heartwarming timelines, Deirdre and Evelyn, played by Michelle Yeoh, become lovers and have a long and caring relationship with one another. They also have long hot dog-like fingers but that’s irrelevant. They legitimately love and care for one another.

In a recent Instagram post, Curtis revealed the one thing she coveted from the set dressing of the couple’s apartment was a framed pair of photos of Evelyn and Deirdre, the sort of thing any old married couple would have sitting on a mantlepiece or side table. Thankfully she had enough pull to convince producer Jonathan Wang to deliver it to her once the production had wrapped. We hope it holds a place of honor in Jamie‘s house.