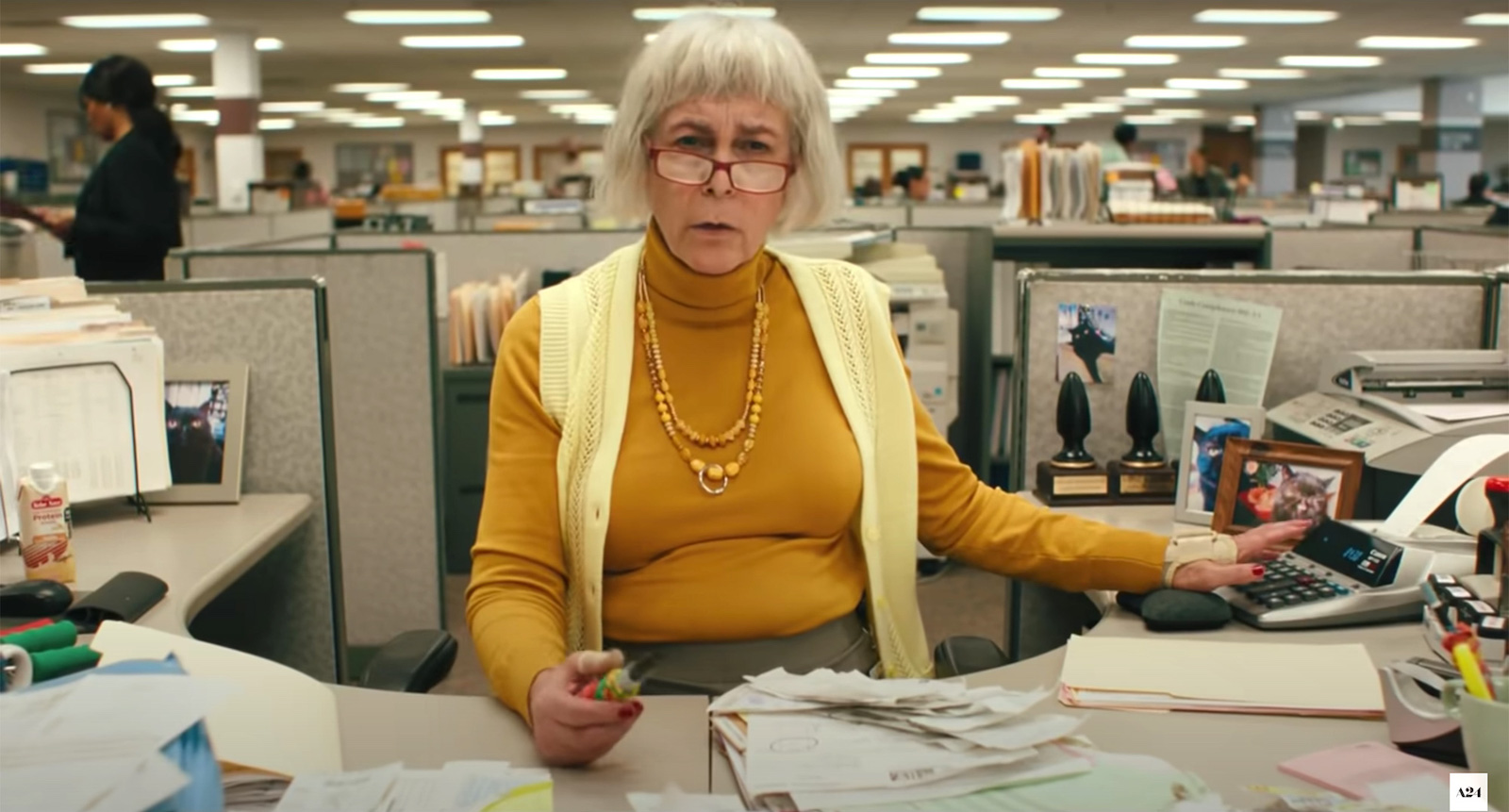 A24, the reigning champion of indie darling films, has introduced a new bit of merchandise to its online shop to promote its hit film Everything Everywhere All at Once. It’s a nice scented candle with just a hint of dryer sheet aroma so you can close your googly eyes and feel like you’re in a laundromat even when you can’t be in a laundromat, as per the site’s description It resembles one of the many awards that IRS auditor Deidre Beaubeirdre earned for her many years of service that’s shaped … well, let’s just say that it’s shaped familiarly.

Strictly speaking, the candle is a replica of one of Deirdre Beaubeirdre’s many “Auditor of the Month” awards. The A24 website describes it as “an unorthodox multi-sensory experience in 3D candle form.” The iconic look of the award conjures up items more likely to be encountered on a nightstand than in one’s work cubicle. While the eyebrow arching design may have been an accident in the narrative of Everything Everywhere All at Once, it was by design by the filmmakers and plays a part in one of the film’s more absurdly hilarious scenes.

This isn’t the first time A24 has put out a whacky bit of tie-in merchandise for the surprise hit indie film. In April, the company added a pair of “Hot Dog Finger Gloves” that would allow fans to cosplay the now-iconic sequence in the film when the characters experience a version of the multiverse where absolutely everybody has, you guessed it, fingers that are shaped like hot dogs.

The gloves are pricey. Fans have to drop a cool $36 to own the official version, but the candle comes even dearer, selling at $60 per unit. Of course, the candle does come in a lovely “Auditor of the Month” box.

It should come in handy to hide the award if your parents happen to be visiting.

Everything Everywhere All at Once is still showing theatrically. It can also be streamed on Amazon Prime, iTunes, Apple TV, and other services.