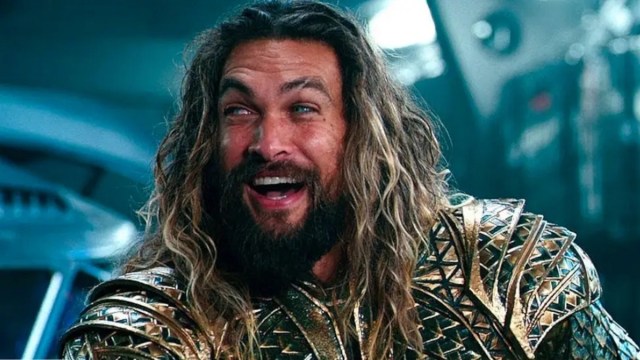 The world of superhero cinema is more susceptible to rumor and speculation than any other genre, with Jason Momoa igniting a thousand fan theories on what’s in store for his DCU future after teasing that a “dream” project of his was destined to come to fruition following the appointment of James Gunn and Peter Safran as co-CEOs.

Almost instantly, scuttlebutt began sweeping the internet that The Flash director Andy Muschietti was in line to call the shots on a Justice League sequel, something that inevitably generated a mixed response due to the fact the horror veteran and first-time comic book shot-caller is not Zack Snyder.

On the other hand, Gunn celebrating his arrival on Mastodon with a strategically-placed image of Lobo shortly after being name-dropped by Momoa raised even more eyebrows, especially when the Aquaman star has admitted more than once the intergalactic outlaw was a character he’d love to play.

As chance would have it, then, the actor is currently on the press trail promoting Netflix’s incoming fantasy Slumberland, leading ComicBook to ask him directly about what he actually meant. As you can imagine, though, Momoa’s lips remain sealed.

“Well, everyone knows I’m a comic book fan. The comic I collected the most, and I have every comic there is… you can do your research and find out what it is.”

Oh goody, Momoa has opted to make things even more vague by insisting people to their research and draw their own conclusions as to what it is he’s actually talking about. Social media being what it is, folks are no doubt going to do just that, so we’re a long way away from the mystery being definitively solved.