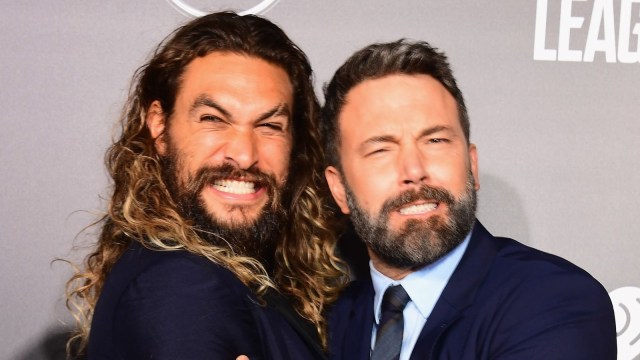 After Ben Affleck’s miserable experience on Justice League, few blamed him for hanging up the cape and cowl. Warner Bros. getting rid of Zack Snyder and bringing in Joss Whedon poisoned the atmosphere on set, with the theatrical release a huge critical and box office disappointment. On top of that, Affleck had to put up with years of petty internet sniping about Batfleck.

When Zack Snyder’s Justice League was greenlit, Affleck returned to the role in to shoot new scenes, and now it appears he’s inching his way back into the DCEU with appearances in The Flash and Aquaman and the Lost Kingdom. One person who can barely contain their excitement at reuniting with their buddy is franchise stalwart Jason Momoa, as he revealed at the season 3 premiere of Apple’s See.

Affleck’s involvement in Aquaman and the Lost Kingdom is a consequence of The Flash being delayed until summer 2023. The Flash will show how Michael Keaton’s Batman made his way to the DCEU, with the original plan that he’d then reappear in the canceled Batgirl, and then the Aquaman sequel.

Scenes were shot with Momoa and Keaton, though Aquaman test audiences were reportedly confused as to why and how Keaton’s Batman was present. As such, Warner Bros. decided it’d be best to replace Keaton with Affleck to maintain continuity.

Whether that means Affleck is back for good is anyone’s guess, though we know he’ll next appear in The Flash in some capacity. There’s still a big question mark over The Flash coming out at all thanks to star Ezra Miller’s law-breaking antics, so there’s a chance that once again we might see the studio slamming on the brakes and pulling its DC output into yet another tire-screeching u-turn.

Whatever the case, we’re always happy to see Snyder’s Justice League cast reunited on screen. Now, if we could just get Henry Cavill back into the DCEU…