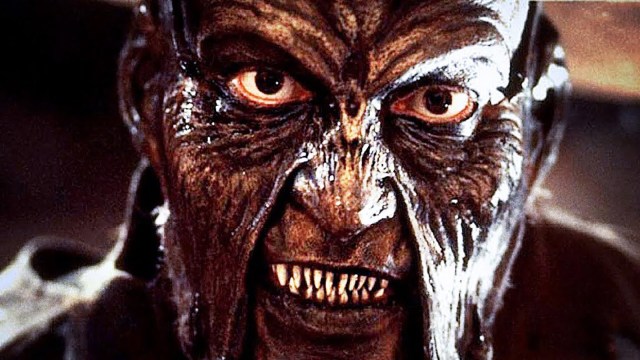 Jeepers Creepers is one of the most successful and jaw-dropping horror franchises in the history of the genre, and under new direction from Finnish filmmaker Timo Vuorensola, the fourth installment in the iconic film series vows to deliver a terrifying experience and re-introduce the ominous Creeper to the big screen. The upcoming horror movie — titled Jeepers Creepers: Reborn — is set to serve as a complete reboot of Victor Salva’s original trilogy, with a screenplay written by Sean Michael Argo.

For some background, the Creeper is a sadistic, winged monster that emerges every 23rd spring to feast on victims for a total of 23 days. The Creeper carefully stalks his victims — much like he did to brother and sister duo Darry and Trish in Jeepers Creepers (2001) — and uses his frightening appearance to invoke fear and his ability to fly to track his prey. Now, with the Creeper set to make his long-awaited return to horror, here’s a detailed outline of the movie’s trailer, release date, and brand new cast.

Is there a Jeepers Creepers: Reborn trailer?

In case you missed it, here is the official trailer for Jeepers Creepers: Reborn, which was released online yesterday, July 19.

The trailer introduces a handful of franchise newcomers that are insistent on learning more about the Creeper’s haunting past and the history of his fallen victims. During a horror-themed festival in Louisiana, horror fan Chase and his girlfriend Laine win a contest and earn an escape room for two. Unbeknownst to them, the Creeper is around and lurking.

When does Jeepers Creepers: Reborn release?

Before the release date was announced, the film was involved in a recent copyright case between distribution companies that threatened the overall release of the movie. Nevertheless, Screen Media Films confirmed that the legal battle had been settled and that the film would receive a September 2022 release.

Who is in the Jeepers Creepers: Reborn cast?

Due to director Timo Vuorensola envisioning a planned trilogy of his own, he specifically introduced a string of newcomers to the legendary franchise – and, while it’s still up in the air whether these stars will remain in Vuorensola’s later films, their spots are secure for now. Sydney Craven and Imran Adams lead the cast as main characters Laine and Chase – a couple that attends a horror festival and unexpectedly encounters the Creeper. Speaking of the Creeper, he is portrayed by Jarreau Benjamin – which makes this movie the first time that actor Jonathan Breck has not portrayed the infamous horror villain.

Despite Jeepers Creepers 3 receiving underwhelming reviews, diehard horror fans are keeping an open mind regarding the upcoming project – after all, as long as Salva’s name isn’t attached to the movie, it can’t be that bad.

Jeepers Creepers: Reborn will officially release in theaters on Sept. 19.