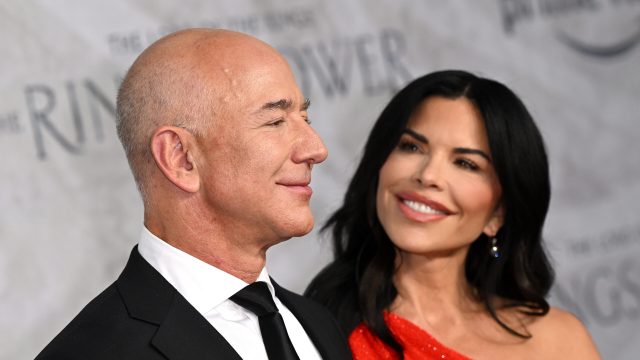 Taking on such a revered story as The Lord of the Rings is enough to give any man pause, but that particular aspect of the deal Jeff Bezos was getting himself into didn’t bother the multi-billionaire in the least, until his son came up to him and asked, with the respect due his station, to not “f*ck up” his favorite story.

Ever since Amazon signed that deal with the Tolkien Estate and bought the rights to The Lord of the Rings appendices, the Middle-earth fandom has been holding its breath for any sign of disaster. Now, more than five years since it was struck, the company has come forward with a new television series, The Rings of Power, which, according to the critics, has managed to toss the ball into the hoop against all odds.

The Amazon crew has approached this story with extreme care, something that apparently even Jeff Bezos’ son had a hand in. Personally attending the global premiere for The Rings of Power last night, Bezos told the press (per Deadline) that he’d be disowned by his own son if he disrespected Tolkien’s lore in any way.

“My kid is a huge Tolkien fan and after Amazon got involved he came up to me, looked me in the eye, and said, ‘Dad, please don’t f*ck this up.'”

With a triumphant look in his eyes, Bezos finished his anecdote by quoting Tolkien: “Not all those who wander are lost.”

The Rings of Power will premiere tomorrow night on Prime Video.