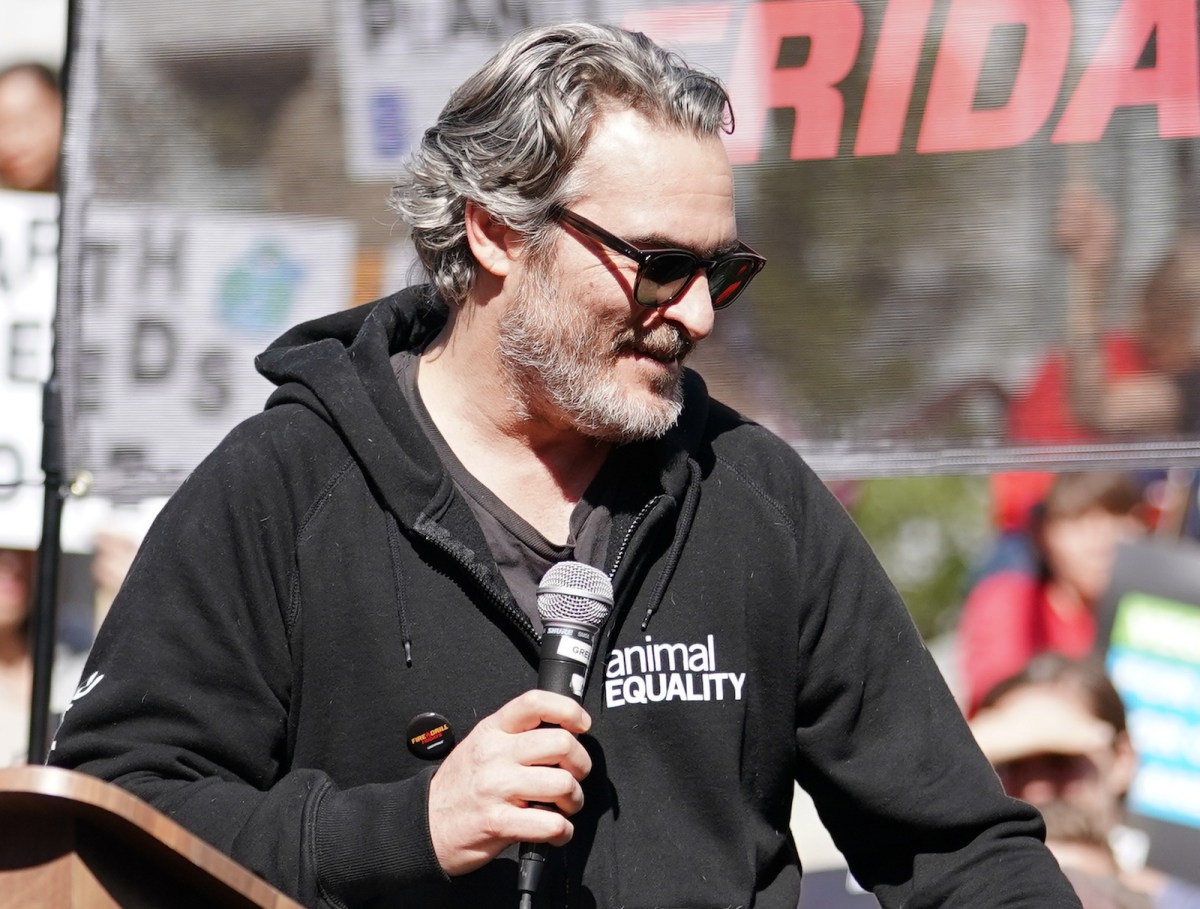 Actor, activist, and longtime vegan Joaquin Phoenix has acquired the film rights to People for the Ethical Treatment of Animals (PETA) founder Ingrid Newkirk’s 1992 book Free the Animals. The book is an account of the militant animal rights group Animal Liberation Front through the eyes of an anonymous member known by the pseudonym “Valerie.”

According to The Hollywood Reporter, Phoenix is making no bones about his desire for a potential movie based on the work to inspire a new wave of radicalized, even militant, animal activism. Yes, Free the Animals is about the balaclava-wearing heroes who break windows and laws to save animals, but it’s also about everyone. It’s a call to us all to take action'” Phoenix wrote in his foreword to the book’s new 30th-anniversary edition. “Whether it’s wielding crowbars and bolt-cutters or picking up a pen or a protest sign, every one of us can and must fight injustice and push for animal liberation every chance we get.”

Free the Animals follows the story of Valerie, a twenty-three-year-old Maryland police officer, as she encounters test animals in a laboratory and becomes radicalized, joining Animal Liberation Front to challenge the status quo of animal testing via direct action and eventually finding herself living a life on the run and beyond the law.

“I’ve seen the torture and killing that occurs when someone takes — steals — what rightly belongs to another living being. Strips what’s theirs right off their back or kills them so that parts of their body can be eaten or worn. I’ve seen what horror and fear animals in laboratories live in simply because they aren’t protected from human curiosity and there’s money in caging them to test things, like how they will react when frightened by a rubber snake or when their babies are torn away from them. Knowing all that, I have a moral obligation to act. And I know that’s how the heroes of this book, Free the Animals, felt, too.”

Author Newkirk believes an adaptation could lead to another Academy Award for acting for Phoenix, telling The Reporter, “I’m convinced he would win another Oscar for playing Josh, the Navy whistleblower who risked a court-martial to get help for a little dog about to die in a deep-sea diving experiment and who then went on to lead the West Coast Animal Liberation Front teams that freed many more animals who faced certain death.”