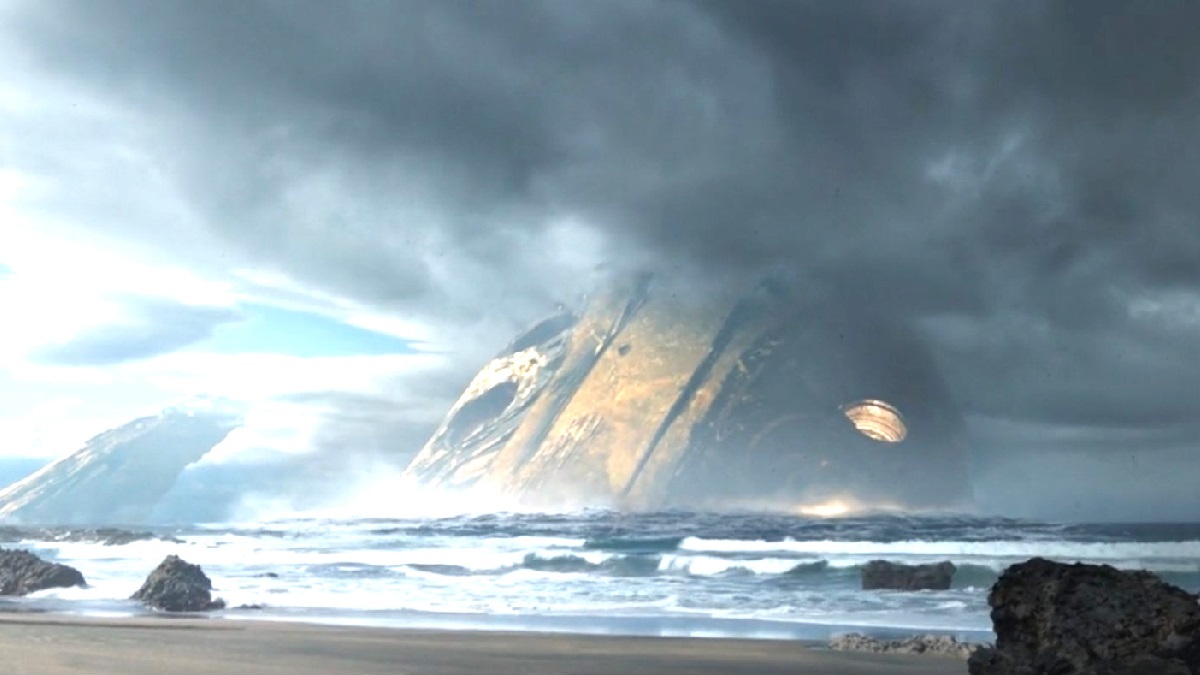 Outside of a throwaway Easter Egg buried in an episode of She-Hulk: Attorney at Law, Marvel Cinematic Universe fans have been waiting patiently for the end of Eternals to be addressed in a significant fashion.

In the aftermath of the franchise’s worst-reviewed installment ever releasing into theaters in November of last year, there was much speculation that the presence of Tiamut sticking halfway out of the ocean would go on to directly inform Black Panther: Wakanda Forever, with scuttlebutt claiming that Namor and the Atlanteans would be displaced and driven to the surface as a result.

Of course, that didn’t happen, but a new and very juicy rumor spreading across the internet like wildfire has the Marvel-loving masses curious to see if it ends up bearing fruit. As the story goes, the half-submerged Celestial will be reestablished in canon as the island of Genosha, famed home of mutantkind in the comic books.

Not only that, but a bonus round of hearsay additionally offers that the plot of Thunderbolts will find the team heading to Genosha in order to track down a source of adamantium, which doubles down on impending X-Men chatter. Obviously, we’ve got no idea how much (if any) of the information contained within will turn out to be either right on the money or a million miles wide of the mark, but the build towards the merry band of mutants needs to begin sooner rather than later.

Thunderbolts would be an odd choice to move so many important pieces for the MCU’s future around the board if we’re being honest, but we’d welcome the unexpected as opposed to the overly-familiar.