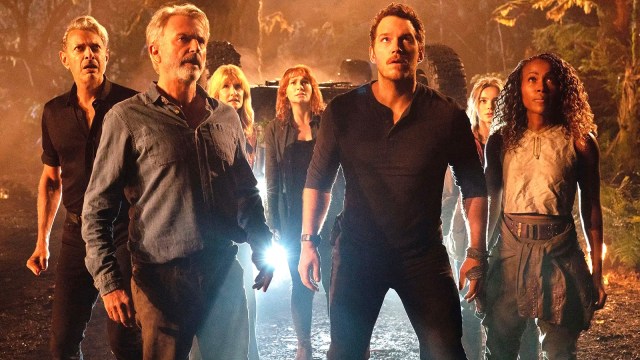 To this day, 1993’s Jurassic Park — directed by Steven Spielberg — stands tall as the very best film in the series, with its mix of computer-generated imagery and animatronics bringing the ancient reptiles to life and still holding up all these years later. After the film’s monumental success, five more films have followed, but none of them hold a vibrating glass of water to the original.

Despite helming two of those sequels, Trevorrow is now admitting in a new interview that the Spielberg original probably should’ve been the only film that was made bearing the Jurassic moniker.

While discussing this summer’s box office smash, Dominion, Trevorrow explained that he wanted to do “something different than the other films” so that it is a “story about characters in a world in which they coexist with dinosaurs,” rather than simply taking place on another island filled with the creatures that are thought to be the ancestors of birds. As Trevorrow explained to Empire:

“For the franchise to be able to move forward – because it’s inherently unfranchisable, there probably should have only been one Jurassic Park – but if we’re gonna do it, how can I allow them to tell stories in a world in which dinosaurs exist, as opposed to, here’s another reason why we’re going to an island?”

We don’t dispute the idea of dinosaurs co-existing with humans in the world is a good idea to take the franchise. However, perhaps the reason Dominion ranks at the bottom of all six films — according to a ranked list on Rotten Tomatoes in which Dominion has a “rotten” 29 percent critical score — is due to the focus being strangely on gigantic locusts as the main threat, rather than the dinosaurs themselves.

Still, credit where credit is due — the only other “fresh” film in the entire hexalogy is Trevorrow’s 2015 reboot, Jurassic World. With a critical score of 71 percent, the Chris Pratt-starring movie is the second-highest-rated film in the entire line-up. Even that film is overshadowed by the original Jurassic Park, which has a 92 percent critical score, but it’s still a worthy effort that many considered to have rejuvenated what was fun about the franchise.