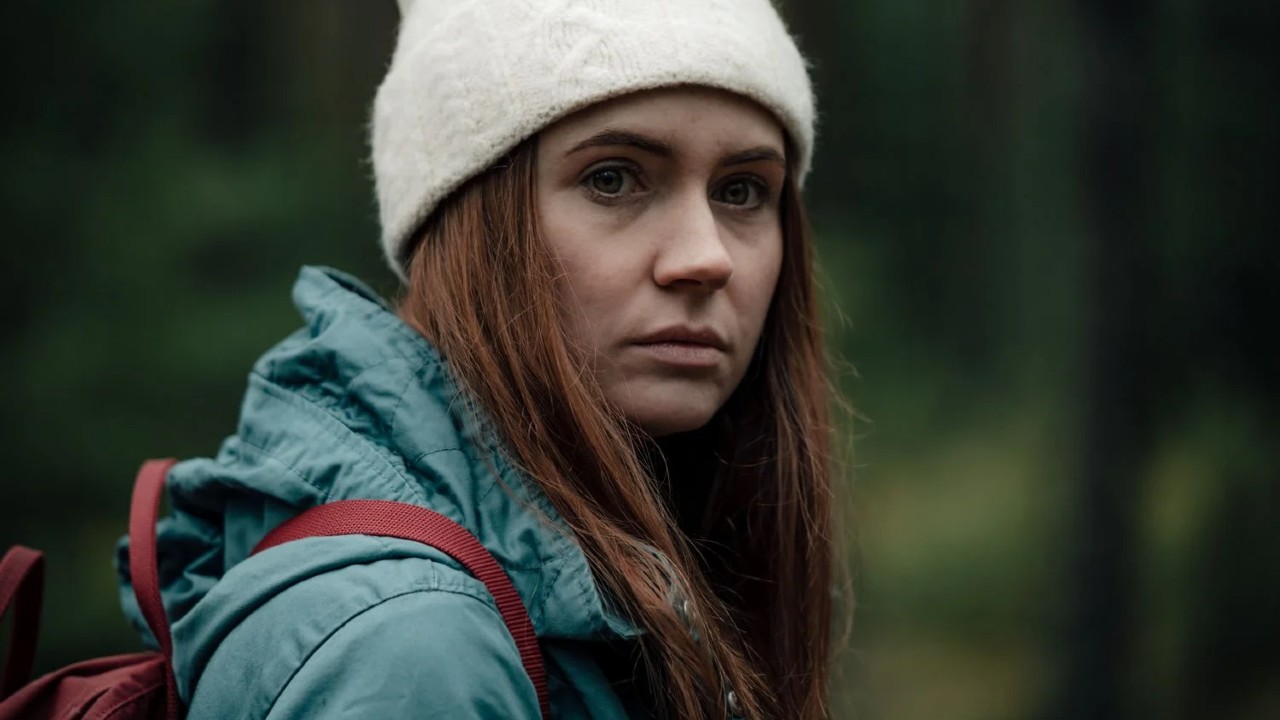 Marvel star Karen Gillan has been in a plethora of action movies in her career. She has gone through a hell of a lot of training for many of her roles, including a kick-ass computer avatar in the Jumanji franchise, an assassin in Gunpowder Milkshake, and of course, her many appearances as the cyborg Nebula in the MCU. However, for her most recent role in Riley Stearns’ sci-fi dark comedy, Dual, Gillan had to unlearn the many years of training to play a woman with no fighting abilities whatsoever.

In the film, Gillan plays Sarah, a terminally ill woman who wishes to ease the suffering of her loved ones by creating a clone version of herself. When Sarah surprisingly rallies through, going into remission, she now faces an obstacle, herself. Now bound by law, she must battle her clone version to see which Sarah will remain standing, for there can only be one Sarah.

Sarah is not meant to have any physical abilities of any kind, especially after going through her near-fatal illness, she isn’t exactly in prime shape, so Gillan had to forget all the training she has received for past movies in order to portray the less than athletic character, which was not the easiest.

The actor spoke to The Hollywood Reporter on the matter, saying, “I remember having to run on the treadmill when Sarah was working out for the first time, and I was like, ‘I can’t do my action hero run,’ so I had to revert back to my original run, which was much more flailing around, limbs everywhere. So it was nice to revisit that and see how far I’ve come.”

Another choice that the Jumanji actor had to make was the character’s voice, so she took inspiration from a nearby source – the director himself. Stearns’ films, all of which he writes and directs, such as The Art of Self-Defense and Faults, are known for having very deadpan humor to them, and Dual is no different. Gillan channeled the director’s tone into her performance, jokingly saying, “The main thing that really helped me get into it was meeting Riley and going, “Oh yeah, you kind of talk like this, so I’m like, ‘Let me just do a little subtle impression of you.'”

Dual premiered at the 2022 Sundance Festival to positive reviews and will be released in theatres tomorrow, April 15. You can also catch the actress in the recently released Netflix comedy The Bubble.