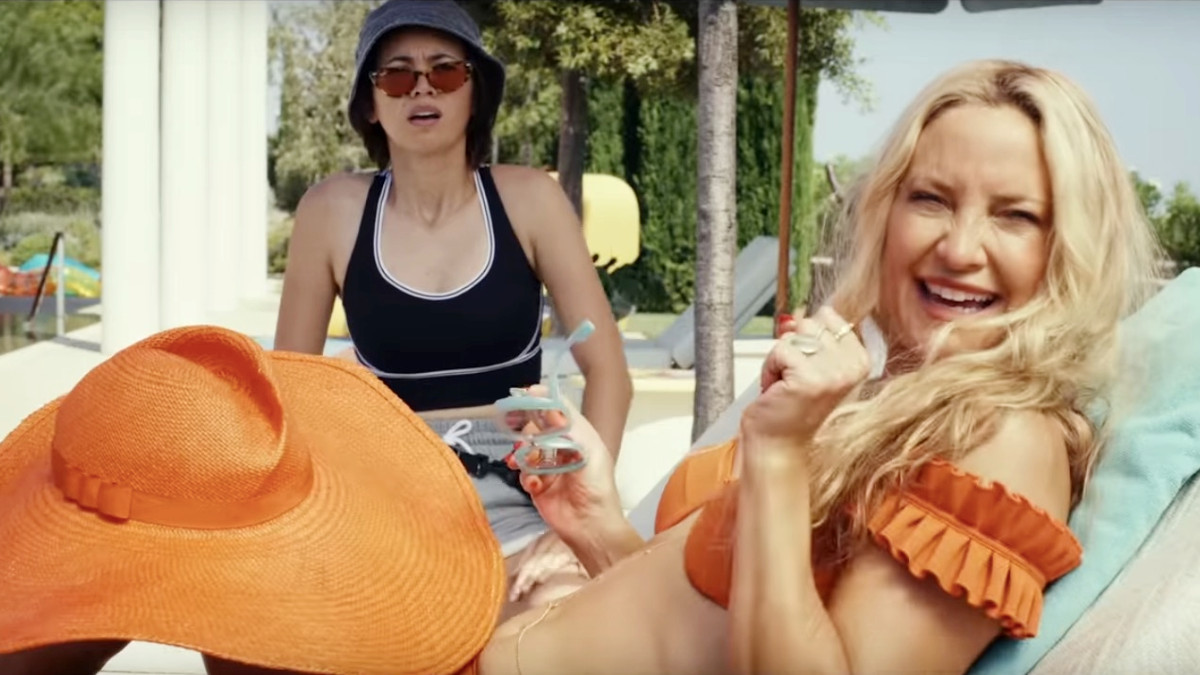 Kate Hudson was not about to chance alcohol bloat before getting into that instantly iconic orange bikini she wore in the Glass Onion: A Knives Out Mystery pool scene.

The 43-year-old actress stopped by Britain’s This Morning on Wednesday to promote the murder mystery ensemble film, which she likened to writer and director Rian Johnson’s ability to “put the best dinner party together that you could ever possibly imagine.”And by all accounts, it sounds as though the group had a blast while filming, which occurred during the peak of the Covid-19 Delta wave.

Hudson says that while in Serbia, where all the interior scenes were filmed, the cast would rent out a bar together and play murder mystery games, which inevitably turned into dance parties. However, at least for her, it wasn’t all fun and games prior to that, while shooting the exteriors in Greece, where the pool scene took place.

“There’s Birdie,” Hudson laughed, as the chat show cut to her character’s flowy, dramatic entrance. “While everyone else was having Aperol Spritzes in Greece, I was just waiting for that scene to be shot so I could just join everybody.”

“Everybody was having a great time. I was like, ‘I’ll take that cucumber and feta,'” she added.

Well, it seems like it was worth it because Hudson looked flawless while perfectly portraying the “bold, very loud, tone-deaf … not that smart” character of Birdie Jay. She previously opened up about attending the premiere with her mother Goldie Hawn, who is also comedy royalty, and getting to see her reaction while watching the film on the big screen for the first time.

“Especially this movie, it’s so comedic, and I knew she would love it,” she told Seth Meyers earlier this month. “She was far more excited to see Edward [Norton] after the movie than me. I was like, ‘Mom, what, mom? Mom?’ She was like ‘Edward.’ But she loved it.”

And Edward Norton didn’t even have to make any sacrifices while filming, that we know of!