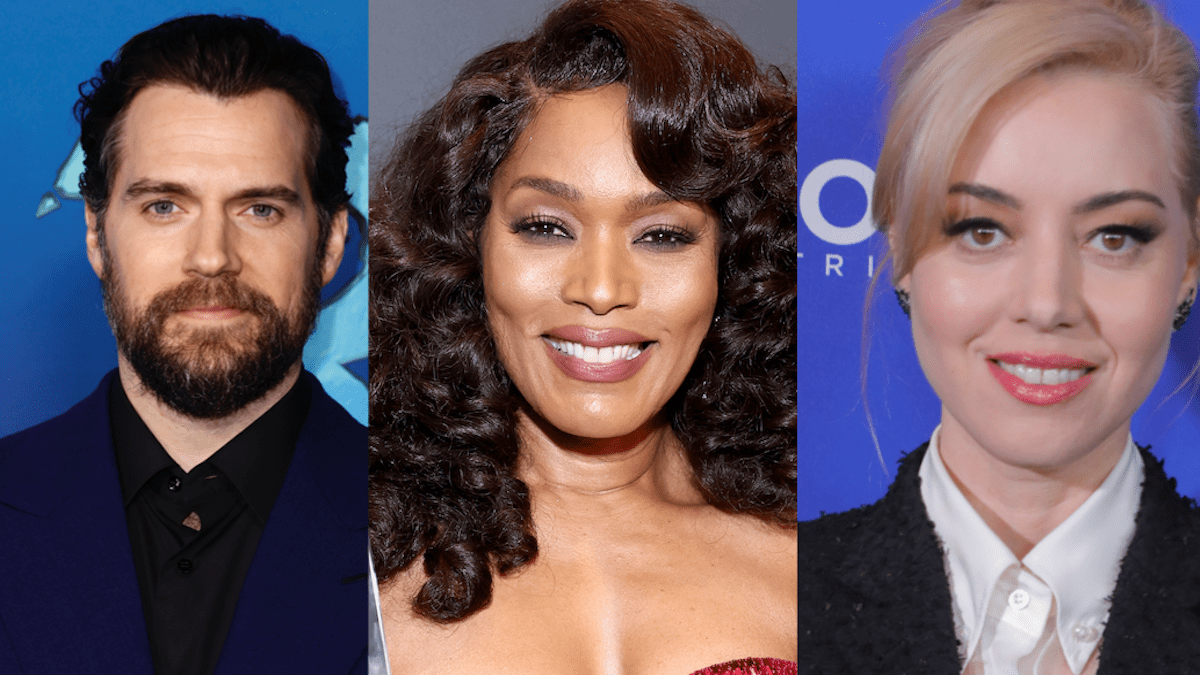 It seems safe to say that Glass Onion: A Knives Out Mystery is a bona fide success. Within days of being released on Netflix it quickly scaled to the top of the streamer’s top 10, and the film currently stands with a 94 percent rating on Rotten Tomatoes.

Once again, director Rian Johnson found success by taking private detective Benoit Blanc (Daniel Craig) and having him sort through a group of wealthy eccentrics to solve a murder — this time with a cast boasting the likes of Kathryn Hahn, Edward Norton, Janelle Monáe, Leslie Odom Jr., Kate Hudson, and Dave Bautista.

And with a third installment already ordered by Netflix, it’s anyone’s best guess how Johnson will manage to outdo himself next time.

But while we have no idea where the franchise may be headed next, in the meantime we can take a stab at dream-casting the second sequel — pun absolutely intended.

Aubrey Plaza is well on her way to becoming a full-fledged movie star with recent turns in HBO’s The White Lotus, the phenomenal Emily the Criminal, and Francis Ford Coppola’s upcoming Megalopolis. A Knives Out film would be the perfect natural progression for Plaza, whose deadpan wit and trademark style make her an easy choice.

Sure, Henry Cavill is going to have his hands full with the upcoming Warhammer 40K Amazon series. But every Knives Out movie should feature a handsome male face, and let’s face it, Henry Cavill is as good as any. Plus, it would be a good way to appease fans after the latest Superman and Witcher debacles, and Cavill is more than capable.

We’re just gonna throw it out there, but “eccentric art gallery owner” sounds like the type of character that would fit right into the universe of Benoit Blanc, and who better to play that role than Italian-American actress, author, and model Isabella Rossellini. With career-making roles in stylish films such as Blue Velvet and Death Becomes Her under her belt, Rossellini would be a natural fit.

Nathan Fielder doesn’t typically do a lot of acting. Though he’s had a handful of roles in everything from The Disaster Artist to voice work in animated shows like Rick & Morty and Bob’s Burgers, everyone’s favorite Canadian business expert typically sticks to unscripted fare like his Comedy Central series Nathan For You and HBO’s The Rehearsal, which has been picked up for a second season. But all the more reason to give him a fun project like Knives Out to showcase his awkward, unsettling acting chops.

Look no further for an actress adept at chewing scenery and spitting it out than Angela Bassett. Though her decades-long career has given her no shortage of fascinating and diverse roles — most recently, in the MCU’s Black Panther: Wakanda Forever — we think she’d absolutely slay in the Knives Out franchise.

Actor and comedian Conner O-Malley is known for playing intense and angry characters, and we can only imagine how perfect it would be if he could bring that animated intensity to a future Knives Out installment. Given that the 36-year-old manages to steal the scene in even the tiniest of roles, such as in 2020’s Palm Springs, he would make an indelible mark even if he was relegated to a member of the supporting cast. Give the guy a shot!

Along with O’Malley, actress and comedian Patti Harrison is part of the weird world of I Think You Should Leave with Tim Robinson, where she gets to portray some of the most absurd and offbeat characters on the small screen. If given the chance to bring that energy to a high-profile project like Knives Out, Harrison would be an absolutely unstoppable force to contend with.

Anya Taylor-Joy has only seen her star rise since appearing in Netflix’s beloved The Queen’s Gambit in 2020, with more recent turns in Edgard Wright’s stylish psychological horror Last Night in Soho, The Northman, and the upcoming Mad Max spinoff Furiosa. Between her ethereal acting chops, distinguishable features, and impeccable style, Taylor-Joy would be a perfect match for the Knives Out universe.

Hear us out here. While Jeff Hiller may not be a household name — not yet, anyway — those who know him from Bridgett Everett’s gorgeous little HBO series Somebody Somewhere can undoubtedly see his potential. Hiller possesses a brand of kind, eccentric earnestness that could provide the perfect antithesis to Johnson’s usual lineup of repugnant characters. Or, just make him a villain and add him to their ranks — as Hiller has likewise proven that he can do creepy in the most recent (but otherwise underwhelming) season of Ryan Murphy’s American Horror Story: NYC.