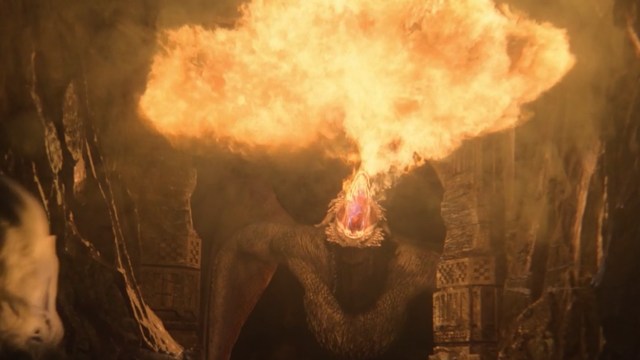 House of the Dragon/HBO
Review of:

With half a dozen Game of Thrones projects in the wings, on top of two books to get out still, one ought to be forgiven for thinking George R.R. Martin would simply refuse to commission his work, or at the very least, give up even more of it to be adapted for live-action. But as far as we can tell, the author is having the creative streak of his life, with no intention of slowing down any time soon. Now, even despite House of the Dragon still remaining a topic of debate in social circles, the creator has announced that another one of his books is going to be adapted as an animated movie.

Speaking of Westeros, House of the Dragon’s VFX supervisor has recently discussed the story’s most controversial scene in the penultimate episode, and revealed what you interpreted as a stupid move on Rhaenys’ part was actually a very trimmed-down version of what the producers wanted to attempt at first.

Check out all of these beats in today’s roundup of fantasy stories.

George R.R. Martin has six television shows to produce and three books to write, but the man is still finding some time in between to draw up contracts for even more adaptations based on his literary work. The latest instance of this involves The Ice Dragon, a children’s book published in 1980 and taking place in a fantasy setting that many folks think is the Song of Ice and Fire world. Martin has refused these connections, of course, but the short story is nevertheless getting the animated treatment at Warner Bros., with David Anthony Durham attached to write the treatment.

Rhaenys’ onslaught was originally much deadlier

We’ve long since learned that there’s no such thing as good guys in the world of Westeros, especially in House of the Dragon where almost every character is out for themselves. Right now, a lot of fans are rooting for the Blacks, but when you think about it, their hands are just as bloody as the Hightowers, if not more. Take Rhaenys, for instance, who essentially killed hundreds of civilians just to prove a point, and you can see where we’re going with this argument.

Well, according to one of the show’s VFX artists, Rhaenys emerging on top of Meleys was supposed to be a gorier sequence, with the Queen Who Never Was essentially trampling thousands of people on her way out. Since that plot development didn’t make a whole lot of sense as far as the fans reckoned, I guess we’re lucky that the producers realized that sort of massacre would have been completely out of character for Rhaenys.

When it comes to The Rings of Power, half the fandom thinks the show is a travesty to the very name of Tolkien, while the other half seemingly doesn’t want to quit defending the $1 billion dollar venture by Jeff Bezos. Recently, a Middle-earth enthusiast has opened up a can of worms over at the official Rings of Power subreddit by writing a literal essay defending the show’s thematic resonance to Tolkien’s source material. Frankly, the essay is a good read whether you’re a passionate hater or an avid fan, so even if you can’t be bothered to think more about the live-action adaptation, the surprisingly civil discussion in this thread might give you a more in-depth perspective on the matter.