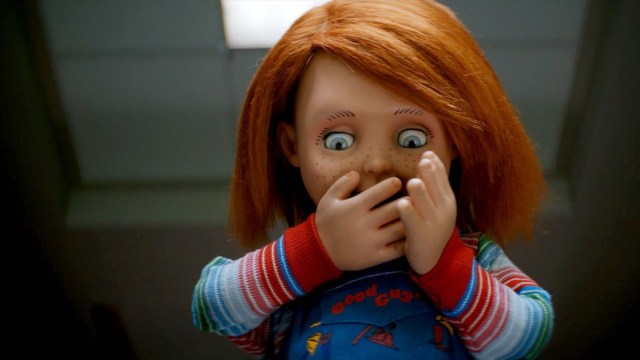 It’s creepy and it’s kooky, mysterious and spooky, it’s all-together ooky — it’s the daily horror roundup at We Got This Covered! Now that the leaves have fully embraced a yellow-orange hue and the hunt for sexy Halloween costumes has officially commenced, a plethora of spooky news is scaring the headlines from behind and putting the bone-chilling genre in an unbreakable chokehold. Amongst a strong line-up of horror-esque updates, the Chucky television series is prompting fans to pine for an iconic legacy character while Halloween Ends was revealed to be truly doomed from the start — with a conclusion that diehard fans would simply not enjoy.

So, gather the ingredients for your delicious batch of those witchy, creamy cupcakes and keep your eyes and ears peeled as we unfold the latest in the horror streamline.

Due to poor directorial choices, Halloween Ends was evidently doomed from the start

By now, you’ve surely either read or heard the insane amount of backlash that is pointed in the direction of Halloween Ends — the third entry in director David Gordon Green’s modern horror trilogy. The enormous backlash has been intense, to say the least, and even Jamie Lee Curtis’ groundbreaking lead performance couldn’t save the flick from horrid reviews. Although, if you thought the swirling hate surrounding the movie’s weak narrative was bad enough, it turns out that Green was aware all along, due to his questionable directorial choices, that fans were going to detest the horror film  — which is a definite slap to the face.

Without a doubt, Don Mancini’s blood-soaked Chucky series is one of the hottest things currently airing on television. In the jaw-dropping series, notable antagonists like Chucky and Tiffany Valentine have been successfully terrorizing the Hackensack community. However, the show’s devoted fanbase has been heavily pining for the debut of Chucky and Tiffany’s charming child – and that would be Glen/Glenda. The inclusion of the fan-favorite character was teased earlier this year, and it’s expected that Glen/Glenda — who will be portrayed in the series as individual twins — will appear during next week’s episode. Finally!

Sometimes in horror, cheering on “bad” characters is a common occurrence that is widely shared across the fandom, whereas other times, a character is so beyond irritating that it completely boils your blood. This is essentially Midnight Mass’ Bev Keane in a nutshell, who eagle-eyed Netflix subscribers are having a difficult time supporting. The streaming giant’s latest supernatural horror series premiered on the service last month to rave reviews and a steady viewership — although many of those fans would be quick to announce their hatred for the aforementioned character, who folks have described as “the embodiment of a Karen.” Hey, you can’t love ‘em all.

Catch you back here tomorrow, Chucky fans, for an all-new daily horror roundup.