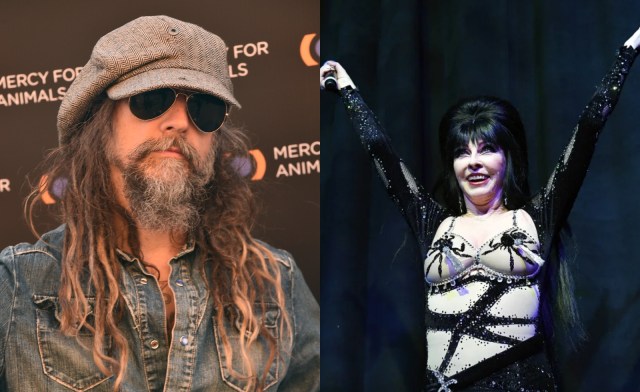 Happy Tuesday, genre diehards! As folks around the world prepare to select their eye-popping Halloween costume of choice—yes, we’re looking at you, Sexy Girl Scout—other fear fanatics are taking a bite out of the plethora of newsworthy headlines that the spooktacular catalog has to offer. That includes today’s horror roundup here at We Got This Covered.

The last 24 hours in horrorland have been interesting, to say the least, with controversy still swirling around Halloween Ends, and it has now led to Rob Zombie responding to a variety of Halloween-inspired memes. On the other side of the streamline, horror icon Elvira shares the secret to her intriguing appearance.

Take a break from doing the “Monster Mash” in your laboratory in the castle east, and pay close attention to the latest bloodstained updates in the horror scope.

One of horror’s hottest topics over the last few decades or so has been the ever-present appeal surrounding Elvira, Mistress of the Dark. The iconic B-movie gothic princess has dazzled genre audiences since her cinematic debut back in the ‘80s. With a recent appearance in Rob Zombie’s The Munsters, Elvira’s unwavering sex appeal continues to be a focal point in today’s modern world. Portrayed by the incomparable Cassandra Peterson, Elvira has boasted a healthy amount of cleavage throughout her cinematic duration, and many fans are curious if she ever used enhancements. Peterson was happy to confirm via Twitter that she’s all natural, and her hefty chest has been supported by an old-fashioned, suitable bra.

Forget the new Halloween trilogy; Rob Zombie is still stuck on all the memes

As the majority of reactions regarding Halloween Ends continue to sour, Halloween (2007) director Rob Zombie is bathing in an abundance of gut-busting memes that are celebrating the filmmaker’s two franchise films. Amidst the slaughtering of David Gordon Green’s newest horror chapter, franchise fanatics have shared a recent meme with Zombie, which he subsequently shared to his official Facebook account. The aforementioned meme displays a side-by-side comparison, detailing the flak Zombie received for his Halloween reboot back in 2007, which is now receiving praise as a worthy installment rather than Halloween Ends. Yikes.

Oftentimes in horror, cinematic treasures are overlooked in favor of blockbuster hits that utilized a powerhouse budget. As a result, these low-budget gems are rarely considered to be significant in horror, although David Bruckner’s The Night House is willing to change that narrative. The 2020 supernatural horror was unfortunately released during the COVID-19 pandemic, meaning that its wings weren’t able to fully fly high, yet genre enthusiasts found the film to be an unforgettable experience that transcended Rebecca Hall’s emotional performance to new heights. As a result, horror fans on Reddit are keeping strong in their opinion that the movie is worth multiple watches and deserves a fair token of praise.